Even amidst the backdrop of the White House considering an executive order for regulators to examine crypto assets, Bitcoin is continuing its rise towards an all-time-high, bringing most of the crypto market along in its wake.

A bullish weekly close just serves to confirm that Bitcoin is maintaining its upward trend, seemingly unaffected by any negatives that China or the regulators throw at it.

The bitcoin price is currently at around $56,700, a nigh on 40% rise in just less than 2 weeks. It’s no small wonder that it is receiving so much interest from investors seeking to make gains outside of their 0.006% bank accounts returns.

As regulators race to do something about it, crypto carries on regardless for now. With “accredited investor” status being brought in to crypto in Russia in order to “protect investors”, many of those self-same investors will want to make the most of the sun before big brother turns the fire hoses on it.

Ethereum, the number 2 cryptocurrency by market cap, is breaking higher at time of writing. A 6% rise on the morning so far has brought ETH to $3,620, not far short of making a local high.

Ethereum’s rise may well have been in part caused by the highest spike in active addresses since mid May. Ethereum has also been steadily climbing since its high at the beginning of September was followed by a large correction down to a bottom on 21 September. The huge amount of value locked in the DeFi market, at $206 billion, has also no doubt had its effect.

Polkadot is one of the major alts to keep an eye on over then next few weeks, as the Polkadot parachain auctions begin, and large amounts of DOT become locked up in the winning projects. A golden cross was achieved on the 22 September, after which the price rallied around $36, to put it on the verge of a triangle break-out to the upside. 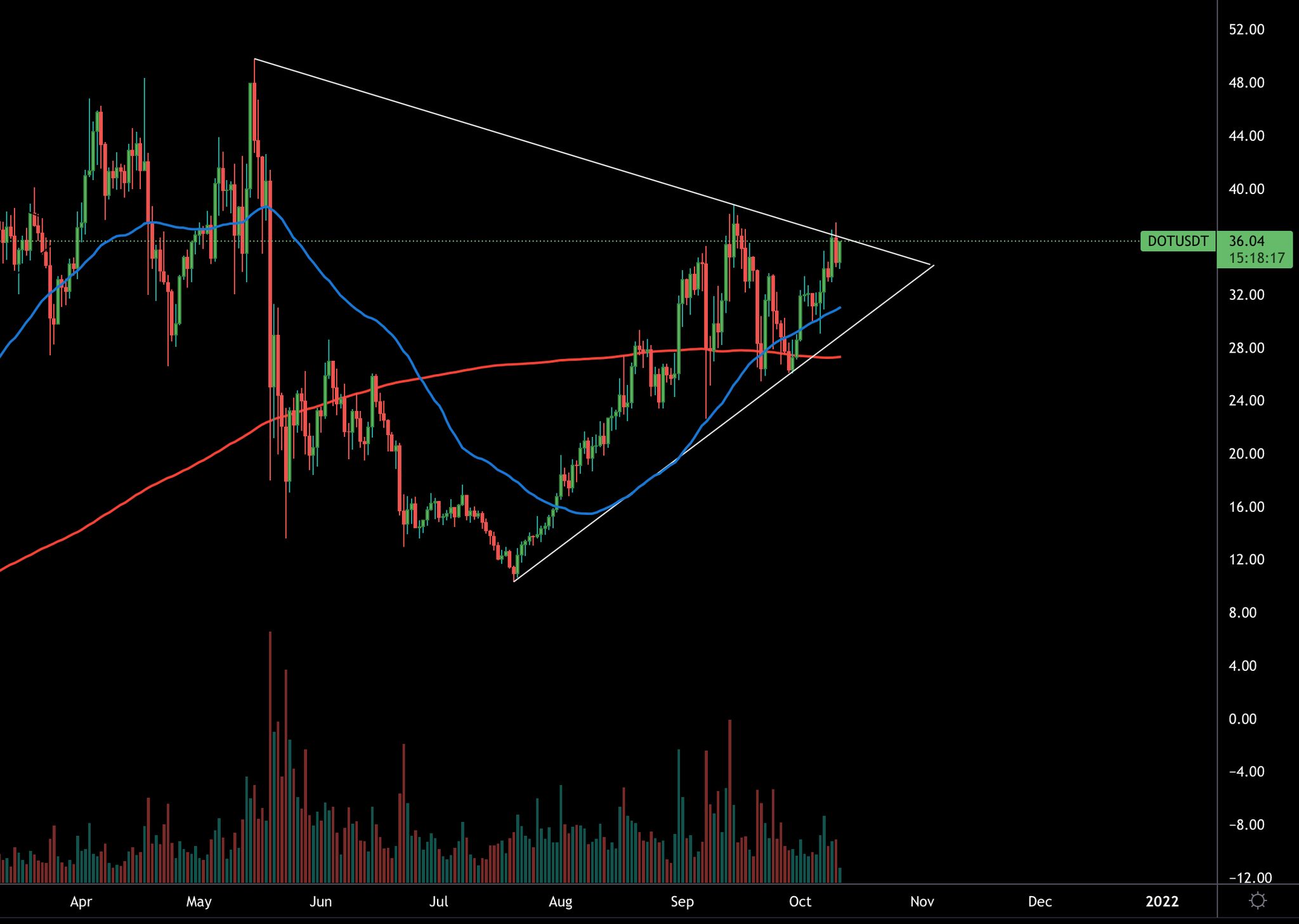