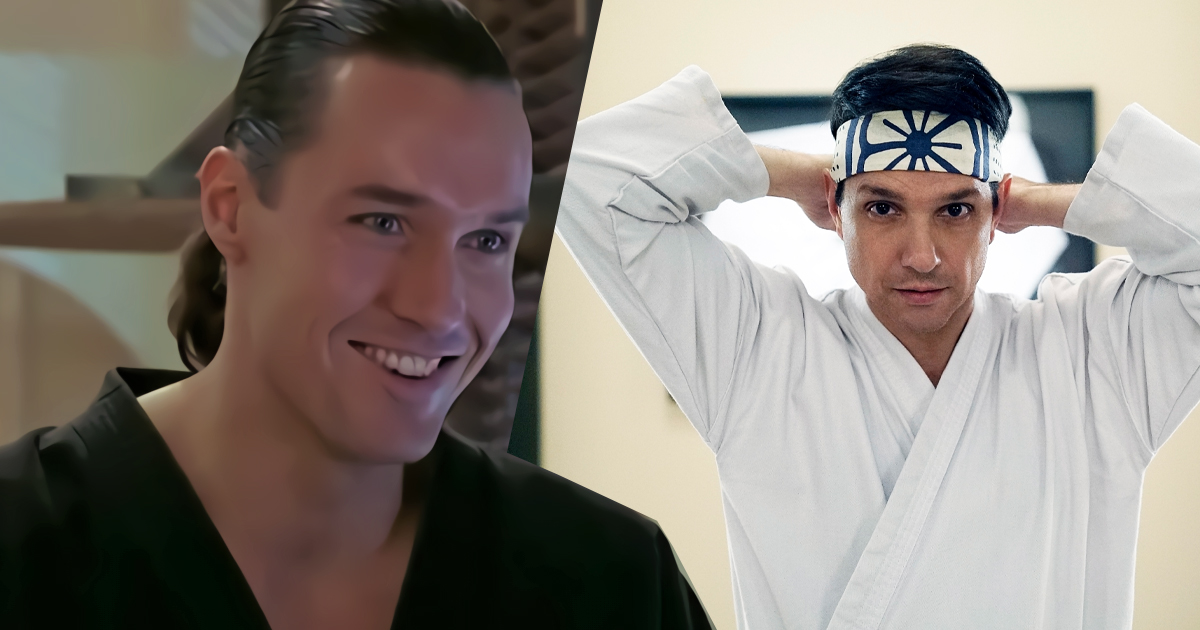 It’s finally here – the all-new Cobra Kai season 4 trailer. Of course, we had to wait for it a little, with a preamble skit of the kids suiting up and heisting the teaser. I like all of these kids together, which is a surprise as I think a lot of us went into the show just wanting the focus to be on Johnny (William Zabka) and Daniel (Ralph Macchio), but you know what – that’s why the show has connected as well as it has. You like everyone.

Of course, the teaser was on a VHS tape that got run over in the sketch, only for Tanner Buchanan to save the day by emailing it! Hooray!

As expected, the teaser showed Daniel and Johnny teaming up to lead Miyagi-Do against Cobra Kai in the All-Valley Tournament. We get glimpses of Robby under the tutelage of Martin Kove’s Kreese, plus the new redeemed Hawk (Jacob Bertrand) training alongside his former enemies-turned-friends. In addition, we get a look at how Johnny and Daniel’s teaching techniques are anything but harmonious, plus, best of all, a look at Thomas Ian Griffith as Terry Silver. For those not in the know, Silver was Kove’s old army buddy who teamed up with him in Karate Kid Part 3 in a brutal plot to assault and humiliate Daniel, only for Pat Morita’s Mr. Miyagi to come along at the last minute and beat the piss out of him, saving his prized pupil. Back then, Daniel was too boyish to take him on, but in season 4, well, I think these two are going to go at it. While he’s older now, Griffith, with his hair and muscles, still looks fearsome, as does Martin Kove, for that matter.