Binance NFT, a major NFT marketplace, is revealed to be the first destination for Dark Frontiers’ highly anticipated Spacesuit NFT Drop. Users of the number one exchange in crypto will be able to access exclusive-to-Binance spacesuit NFTs which play a central role in the $DARK gameplay.

Sale on Binance NFT starts on the 30th of December, 1PM UTC.

Spacesuits are the most important NFTs in the entire Dark Frontiers universe required to play the game. They’re not only needed for survival in space but also serve as an integral part of gameplay- you cannot survive if your character doesn’t have one! Space is a cold, dark place. It has no atmosphere and absolutely no oxygen! The suit provides safety while exploring unknown territory and protects you when fighting with enemies.

Having the rarest suit, provides some of the biggest advantages in the Dark Frontiers metaverse, including: 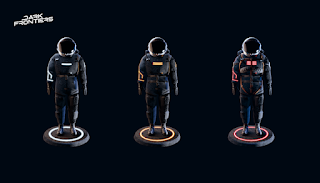 3500 spacesuits up for grabs 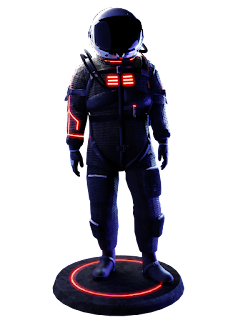 Gamma is the ultimate spacesuit in Dark Frontiers. Offers the highest protection from enemy attacks, making treasure hunts much safer! The most lightweight suit in existence — move faster than anybody else. A true gem! 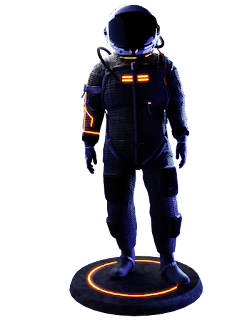 Beta is the next best spacesuit in Dark Frontiers.

High protection from enemy attacks, which will help you out in sticky situations! 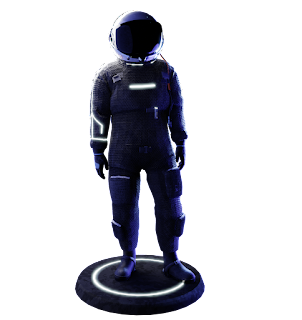 Alpha is a well-rounded, advanced spacesuit in Dark Frontiers.

Medium protection from enemy attacks will help you escape just in time!

This Holiday season, Dark Frontiers and Binance NFT are suiting up for something BIG.

In anticipation of the most exciting NFT launch that takes place on December 30th, 2021, Dark Frontiers has teamed up with BinanceNFT to be this year’s NFT Santa 🎅

All you need to do is complete the tasks here: https://bit.ly/darkfrontiers

“Dark Frontiers” is the newest, gamified space realm governed by a Gamestarter produced DAO. As NFT standards and values are shifting towards promoting use-cases, Dark Frontiers’ goal is to drive mainstream adoption by enhancing the usability of NFTs through staking, item ownership, and the creation of real-world value through in-game items.

Embarking on the gamified metaverse, players will pilot their own spaceship and conquer new planets, defeat oppositions, form guilds and capture new and unique NFTs that can either be built on or sold on the open markets.

The $DARK token in Dark Frontiers will cover an array of opportunities. For players interested in dominating entire sections of a universe, say, by owning a moon, or a planet, they can use this digital plot of land to earn interest on their $DARK. The token will not only be used for staking, but players can also purchase and upgrade their spaceships using $DARK. After upgrading your ship for universal domination, you are prepared to stand head-to-head with other opponents that are in your way!

Disclaimer: This is a sponsored press release, and is for informational purposes only. It does not reflect the views of Crypto Daily, nor is it intended to be used as legal, tax, investment, or financial advice