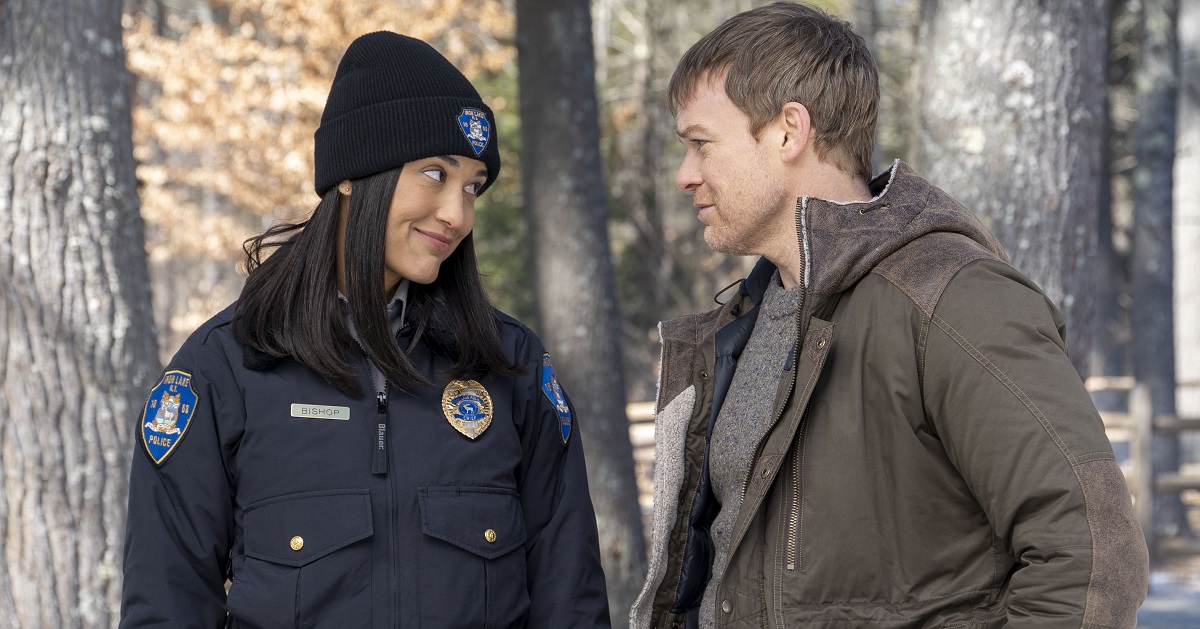 Dexter: New Blood, the revival season of the Showtime series Dexter, has wrapped up its ten episode run as the most watched show in Showtime history, having drawn in around eight million viewers every week. Now the season is ready for its physical media release, and it has been announced that Dexter: New Blood is coming to Blu-ray and DVD on March 22nd! Copies can be pre-ordered HERE.

Collider reports that the Blu-ray and DVD release will include

a 4-disc collection featuring every episode of the new series. The discs will also feature a 30-minute featurette that goes behind the scenes to get a glimpse at the work of the cast and crew in the thick of the extraordinary production.

Why Now? – Dexter Morgan is back: Hall, Phillips and Carpenter are here to tell you what to expect.

Dissecting “DEXTER: NEW BLOOD” – Deb is Back – Deb returns as Dexter’s conscience while he navigates his new life. Hall and Carpenter dive into their roles as Dexter and Deb Morgan.

All Out on the Table – Spoilers ahead! Go inside the making of “DEXTER: NEW BLOOD” as the cast and crew lay it all out on the table to dissect their characters; reveal exclusive behind-the-scenes moments; and break down the emotional finale.

Set 10 years after Dexter Morgan went missing in the eye of Hurricane Laura, the revival sees the character now living under an assumed name in a world away from Miami.

Michael C. Hall reprises the role of Dexter and is joined in the cast by Jennifer Carpenter as Deb; John Lithgow as the Trinity Killer; Clancy Brown as Kurt Caldwell, the primary villain and “the unofficial mayor of the small town of Iron Lake, New York”. Caldwell’s a former truck driver who now owns several trucks and the local truck stop; Jamie Chung as Molly, “a famous true-crime podcaster from Los Angeles”; Julia Jones as Angela Bishop, “the first Native American Chief of Police in her town in upstate New York”; Johnny Sequoyah as Audrey, “Bishop’s brash and opinionated teenage daughter”; Alano Miller as Logan, “a sergeant for the Iron Lake Police Department and the assistant wrestling coach for the local high school”; Michael Cyril Creighton as Fred Jr., “the congenial owner of Fred’s Fish & Game”; Oscar Wahlberg, as Zach, “the captain of the Iron Lake High School wrestling team”; and Jack Alcott as Randall, “with whom Dexter has a meaningful encounter”.

Our own Alex Maidy wasn’t overly impressed with the first four episodes of Dexter: New Blood; you can read his 6/10 review at THIS LINK.