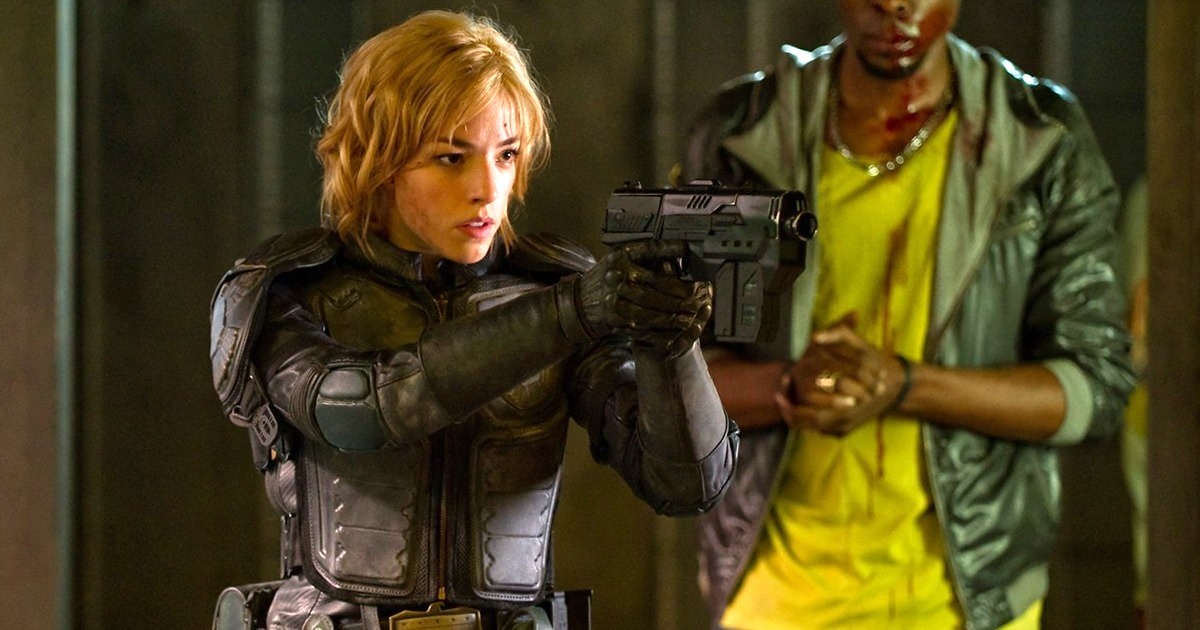 The 2012 movie Dredd (watch it HERE) deserves to have some kind of follow-up, and it’s very disappointing that we haven’t already gotten one. A television series called Judge Dredd: Mega-City One has been in development for years, and more than a year has gone by since we heard that the scripts were ready to go and Karl Urban confirmed that he would love to play Dredd again. Now Urban’s Dredd co-star Olivia Thirlby, who played Judge Anderson in the film, has said that she would also still be glad to return for a sequel.

First of all, let me just say, I was always the number one advocate of getting a sequel for Dredd. I love that movie and I love that character. If there is still talk of there being a sequel 10 years later, I am all for it. … I just also have to take a second and shout out Alex Garland because the Anderson that he wrote was so thoughtful and sensitive and nuanced and empowered and powerful, not because she was trying to be Dredd or be like a man, but because she was exactly herself and that journey of her finding herself and her true strength is what I love so much about that movie and what I felt like, as an actor, it was so meaty to lean into that role.”

Not only did Alex Garland write Dredd, but Urban has said that Garland secretly directed the film, even though Pete Travis is credited as the director. Thirlby didn’t say Garland really directed by Dredd, but she did say,

If we’re gonna talk about a sequel to Dredd, we have to also whisper to the gods of the film universe that Alex Garland be part of that.”

We haven’t heard anything about Garland or Travis being involved in the development of Judge Dredd: Mega-City One. We do that that Rob Williams, who has written Judge Dredd comic books, was hired as the creative lead on the show and has worked with writers to plot out a couple seasons of the show. It has been said that the series would “combine the macabre with the insane and the light-hearted.”

Olivia Thirlby can currently be seen on the FX on Hulu series Y: The Last Man.