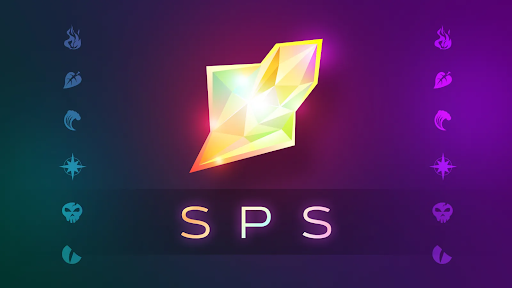 Splinterlands, now officially the #1 blockchain card game, enjoyed exponential growth in 2021, amassing millions of new users who’ve been enticed by the opportunity to trade, battle monsters, earn money and have tons of fun in the process.

The game’s innovative use of cryptocurrencies and NFT-based items meant it was able to claim pole position in DappRadar’s list of most popular blockchain-based games in September with more than 400,000 daily active users – proof that not only can it grow, but successfully retain its existing user base too.

The proof is in the pudding and the numbers make for an astonishing read. Splinterlands boasts an incredibly strong player retention rate, with approximately one in four new signups going on to become long-term players of the game. That has helped it grow its user base to an impressive 1.5 million unique wallets. On the gameplay front, it counts more than one billion battles in the past six months, averaging a cool 60 million battles per day.

Splinterlands’ economy is generating big money too, with an average of $80,000 worth of cards being traded on its platform each day, and its biggest-ever single purchase in October involving the sale of a land region for more than $700,000. Last month, it also saw its single-biggest card sale at just shy of $50,000.

Now, as we enter 2022, the growing Splinterlands community is set to play an even more important role as the game finally makes its long-awaited switch to a community-based governance model.

It promises to be a key development for Splinterlands, which is a play-to-earn card trading game built on the Hive blockchain. Players get to trade NFT cards and battle monsters for rewards in the shape of one of the game’s two cryptocurrency tokens – Dark Energy Crystals ($DEC), which can be traded for bitcoin, Ethereum and then exchanged for fiat.

The earnings potential is undoubtedly a big attraction for a large proportion of its players, but the introduction of its community-led governance could well be even more enticing for its most dedicated fans.

Community governance will be enabled through Splinterlands’ second crypto token – Splintershards ($SPS). The first coins were launched via an airdrop in July and were highly sought after because they will enable holders who stake $SPS to play a key role in decision making. Once the voting mechanism is established with the launch of validator node software (set to happen in the first quarter), holders will be able to make proposals and vote on how the funds held in the SPS Foundation’s treasury will be spent. So they’ll be able to vote on issues such as providing liquidity to automated money maker pools as a means of generating revenue for the game, distributing funds back to $SPS holders, new products and services and so on. In other words, Splintershards will evolve to become a truly decentralized game, with the players themselves deciding on its future direction.

For the most dedicated players, the ability to participate in the important decisions is a big deal, but that’s far from the only thing to look forward to in 2022. Splinterlands is also set to release what it says will be its biggest-ever update, transforming the game with the addition of two new cards that will have a big impact on the outcome of battles. There will also be a brand “empire-building” game mechanic that’s required to mint those new cards, ensuring their creation is completely dependent on the players themselves.

Other updates on the New Year roadmap include the launch of “Riftwatchers”, a new mini-edition of cards that players can only buy with $SPS tokens. The proceeds of the Riftwatchers sales – estimated at $12 million – will beef up an SPS Foundation treasury that already holds more than $4 million in value in the form of multiple cryptocurrencies. We should also see the debut of a new $SPS reward pool for ranked battles in the second half of the year, enabling players to earn $SPS after each victorious battle. That’s an important addition, because Splinterlands will complete its final private investor sale of $SPS in April, before the final $SPS airdrop takes place in July.

Splinterlands might already be the king of blockchain games, but as its roadmap for the next year shows us, it has every intention of keeping hold of that crown.