Plot: Amidst the intertwining lives in the town of East Highland, Rue (Emmy®-winner Zendaya) must find hope while balancing the pressures of love, loss, and addiction.

Review: It has been two and a half years since the first season of Euphoria premiered, catapulting Zendaya to awards recognition and creator Sam Levinson to another creative level. In that time, COVID-19 caused a delay in the long-awaited sophomore run of the series, resulting in two one-off special episodes to tide us over. The day has finally arrived for the season premiere of the acclaimed Gen-Z drama and the results are worth the wait, mostly. Continuing the interconnected lives of Rue (Zendaya), Jules (Hunter Schafer), and their circle of friends and enemies, Euphoria‘s second season opens with a fifteen-minute sequence that owes more to Quentin Tarantino, Paul Thomas Anderson, and Bret Easton Ellis than I expected. It also showcases the shortcomings of this series more than ever before.

The premiere episode of Euphoria succeeds in showcasing some pretty solid soundtrack choices ranging from classic tunes to contemporary hip-hop as well as a flashback into the background of drug dealer Fezco (Angus Cloud). Narrated by Zendaya, this sequence is flashy and cool and presents a Goodfellas-esque origin for the supporting character. In fact, the flashback segues into a drug deal sequence that is anxiety-ridden and tense and yet somehow it comes across as nothing more than an attempt by Levinson and his team to deliver an explosive opening to this long-awaited season before it settles back into the rhythm of the first season.

Season two finds Rue and Jules reuniting after they separated at a train station at the end of the first season. Giving a relationship a try, the pair remains the central story to this series that everyone is tuning in for. Both Zendaya and Hunter Schafer deliver excellent performances, especially Zedaya who is having quite a run of top-notch performances over the last couple of years. Able to balance youthful indiscretions with a maturity that few are capable of, Zendaya is the main draw for this series which suffers when her story is not front and center. New addition Dominic Fike adds a wrinkle to the romantic element of the story as Rue’s new drug buddy who becomes the third part of their love triangle. Fike is really good here and holds his own against the two series veterans.

The copious nudity and violence continue this season but it begins to lose its edge this season. Over the seven episodes made available for review, it becomes noticeable that Levinson’s writing staff lean primarily on Rue/Jules followed closely by the volatile father-son relationship between Nate (Jacob Elordi) and Cal (Eric Dane). Fan favorite characters like Kat (Barbie Ferreira), Maddy (Alexa Demie), and Cassie (Sydney Sweeney) are all relegated to subplots that feel like placeholders to fill running time rather than developing their plotlines about body dysmorphia, sexual deviancy, abortion, abuse and more. It almost feels like a disservice to a series that was far more of an ensemble project last season.

A lot of Euphoria’s draw is the edgy storytelling involving young characters and graphic nudity and violence all told via an auteur’s lens. Sam Levinson has sacrificed subtlety for slick visuals which has hidden the weaker elements of the writing, but it comes through quite a bit more this season. Maude Apatow, who plays Cassie’s younger sister, serves as an avatar for Levinson with her filmmaking skills being used as a part of the story itself, giving the series a bit of a free pass for the over-the-top elements shown on screen.

Euphoria will please fans of the series who will be happy to revisit this cast of broken people as they continue to numb their psychological trauma with addictions of every kind. It is still a jarring experience for adults as we see things we likely never thought anyone our age did back in high school. It is hard to not exit episodes of Euphoria not feeling a little dirty. Like the drugs the series damns and celebrates in equal measure, Euphoria looks, sounds, and feels great while you are experiencing it, but after it is over you will feel like something is missing. Luckily, the good parts of Euphoria are really good (namely Zendaya and Hunter Schafer), but the rest remains underwhelmingly thin. 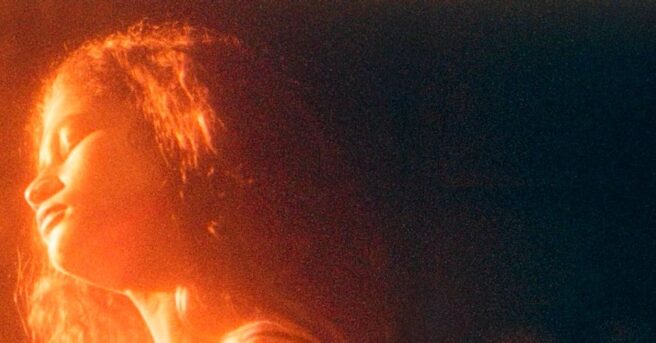