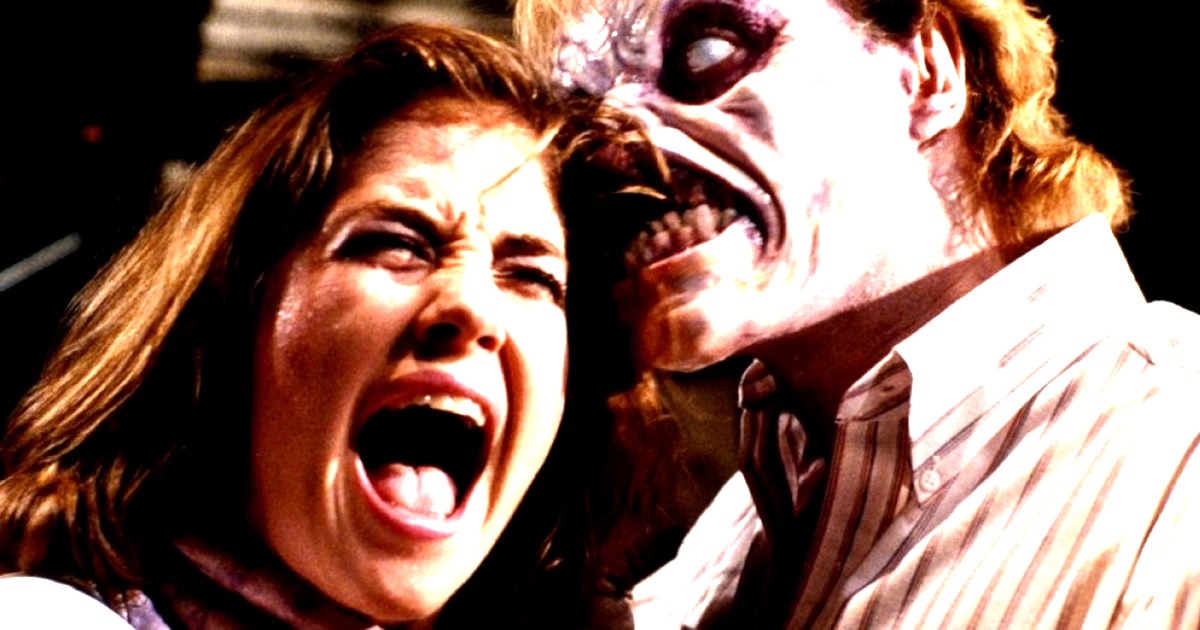 Last week, writer/director Lee Cronin shared a picture from the editing room where Evil Dead Rise, his addition to the Evil Dead franchise, is being cut together. Now Cronin has stepped outside the editing room to capture some muffled audio from the film and shared it with his social media followers. Watch the video in the Twitter embed below to get a tease of some of the sounds of Evil Dead Rise:

Cronin made his feature directorial debut with 2019’s The Hole in the Ground (watch it HERE), and that film inspired Evil Dead creator Sam Raimi to give him the job of writing and directing Evil Dead Rise. Raimi, Bruce Campbell, and Robert Tapert hold the rights to Evil Dead, so Tapert is producing the new movie while Raimi and Campbell serve as executive producers. Romel Adam, John Keville, and Macdara Kelleher are also executive producing.

Although filming took place in New Zealand, the story of Evil Dead Rise is set in Los Angeles. The synopsis:

A road-weary Beth pays an overdue visit to her older sister Ellie, who is raising three kids on her own in a cramped L.A apartment. The sisters’ reunion is cut short by the discovery of a mysterious book deep in the bowels of Ellie’s building, giving rise to flesh-possessing demons, and thrusting Beth into a primal battle for survival as she is faced with the most nightmarish version of motherhood imaginable.

Lily Sullivan and Alyssa Sutherland star as the estranged sisters at the heart of the story. Gabrielle Echols, Morgan Davies, and Nell Fisher play Ellie’s three kids. Mia Challis is playing Jessica, “an 18 year old girl, who is obsessed with fashion and Instagram. Jessica loves to be the center of attention, although she is smarter than she lets on”.

Campbell does not appear in the movie, as he has formally retired from playing the role of franchise hero Ash.

A collaboration between Warner Bros., New Line Cinema, and Ghost House Pictures, Evil Dead Rise will be released through the HBO Max streaming service, but a release date has not yet been announced.