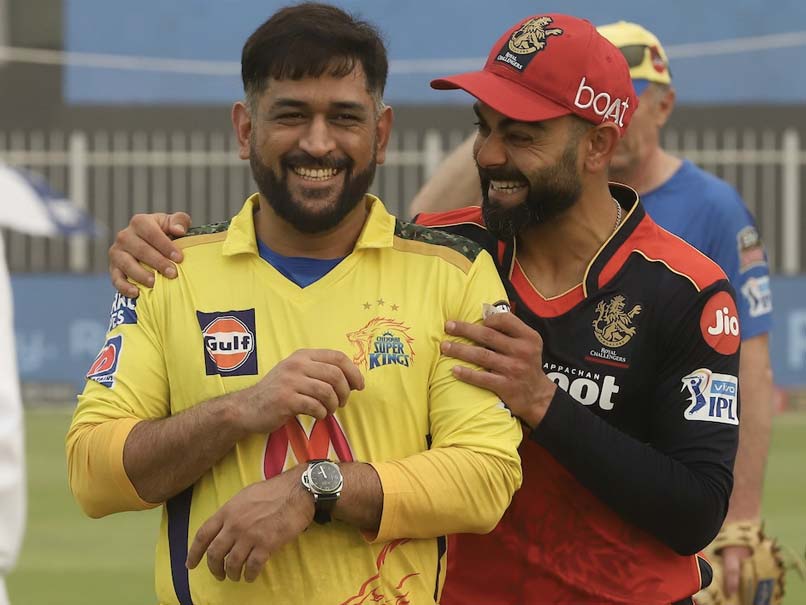 Royal Challengers Bangalore (RCB) captain Virat Kohli and his Chennai Super Kings (CSK) counterpart MS Dhoni were all smiles as they spoke to each other ahead of toss before their Indian Premier League (IPL) 2021 clash at the Sharjah Cricket Ground on Friday. The duo was seen chatting as both teams waited for news on the game as a sandstorm hit Sharjah. The toss was delayed by a few minutes but the moment of camaraderie between Kohli and Dhoni was the prime talking point among fans on Twitter.

Many supporters of the Indian cricket team appreciated the moment between the current India captain and his predecessor.

Here is a look at some of the tweets:

Mentor and captain later, brothers before. The bond of Virat Kohli and MS Dhoni is always special. pic.twitter.com/TNiSZ0VOZE

Virat Kohli and MS Dhoni just can’t stop talking to each other, such mutual respect.

Dhoni and Kohli watching their fan clubs fight with each other pic.twitter.com/aLIgGZ5Vcr

Pic of the Year a href=”https://t.co/cxR0QuamsI”>pic.twitter.com/cxR0QuamsI

Dhoni would go on to win the toss after the initial delay due to the sandstorm and he decided to put RCB into bat.

Kohli hit a fifty and combined well with opening partner Devdutt Padikkal, who too hit a half-century, as RCB started the match well.

However, CSK fought back with a few wickets to peg back RCB, who could manage only 155/6 after their very bright start.

Dwayne Bravo was the pick of the CSK bowlers with figures of 3/24.

In response, CSK looked very much in control throughout their innings despite losing the occasional wicket.

The win saw CSK climb to the top of the standings with 14 points, ahead of Delhi Capitals on net run-rate. Royal Challengers Bangalore remain third with 10 points.