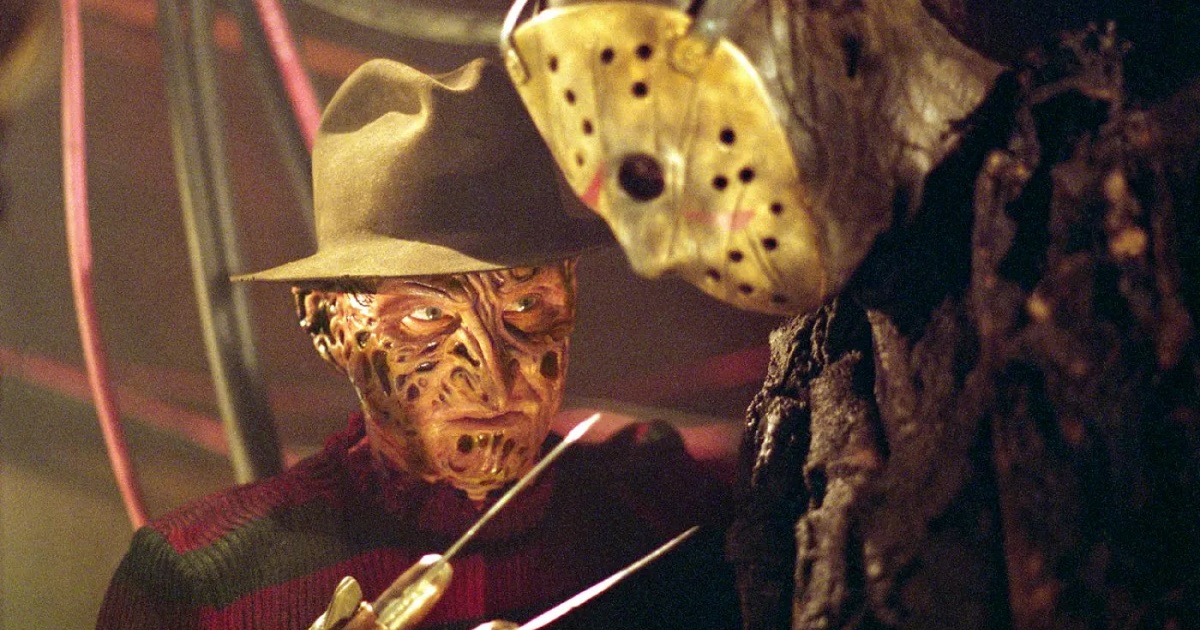 Rumblings about a crossover between the iconic slashers Freddy Krueger and Jason Voorhees first started in the late 1980s, but fans had to wait until 2003 to see Freddy vs. Jason (which you can watch at THIS LINK). The film was a major box office hit, and it would have been no-brainer for New Line Cinema to bring us a Freddy vs. Jason rematch right away… but when their idea for a sequel that would have added Evil Dead franchise hero Ash Williams into the mix didn’t pan out, they scrapped the whole thing. We still want to see Freddy and Jason fight some more, and that’s why we’re using the new episode of our Show Me the Sequel video series to put our vision for a follow-up out into the world. Check it out in the embed above!

Directed by Ronny Yu from a screenplay by Mark J. Swift and Damian Shannon, Freddy vs. Jason has the following synopsis:

Two horror icons face off in this supernatural movie. Disfigured serial killer Freddy Krueger, who attacks his victims in their dreams, has lost much of his power since citizens of his town have become less afraid of him. Enlisting the help of fellow violent murderer Jason Voorhees, Freddy orchestrates a new killing spree. However, when the hockey-mask-wearing psychopath won’t stop chopping up Freddy’s intended victims, the two ghouls start to battle each other.

The Show Me the Sequel series is about

genre films that either never got sequels and we feel it’s long overdue, fine movies that did get sequels but they were so lackluster that going back to square one is a must, or… flicks that DO have sequels but hey, we want freaking MORE of them! On top of that, we put our pitch for what said sequel should be about!

The Freddy vs. Jason episode was Written by Emilie Black, Narrated by Jason Hewlett, Edited by Jaime Vasquez, Produced by Lance Vlcek and John Fallon, and Berge Garabedian is the Executive Producer.

Some of the previous episodes of Show Me the Sequel can be seen below, along with our WTF Happened to This Horror Movie episode on the time Freddy vs. Jason spent in development hell and our WTF Happened to This Unmade Horror Movie episode on Freddy vs. Jason vs. Ash. To see more of our shows, head over to the JoBlo Horror Originals YouTube channel – and subscribe while you’re there!