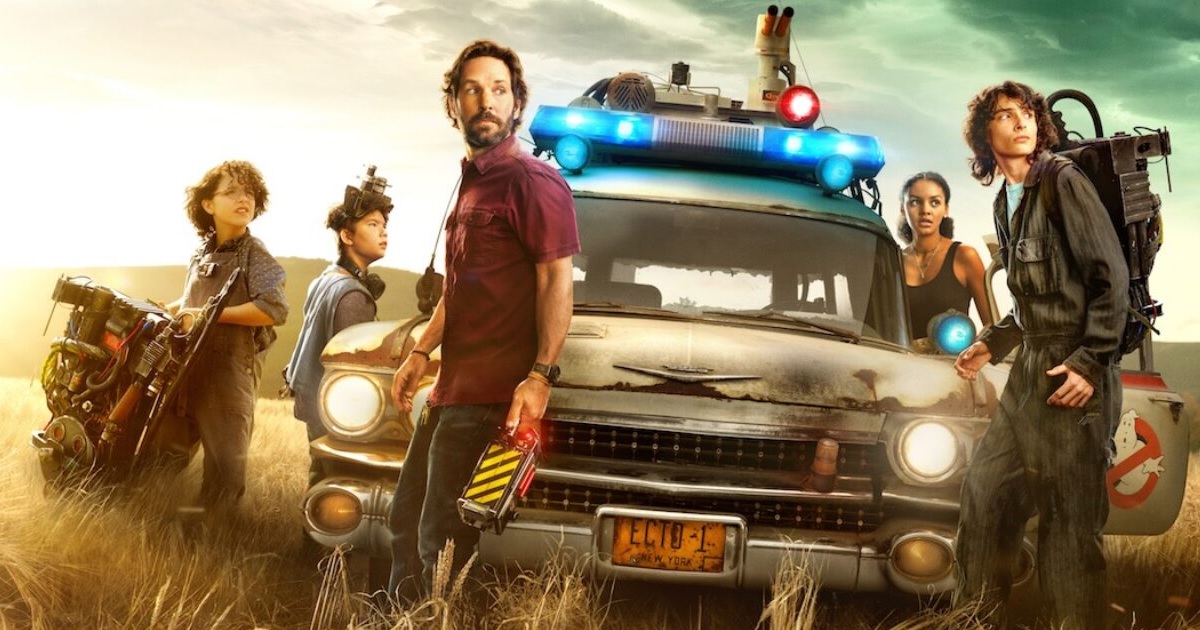 While the general audience is looking forward to seeing director Jason Reitman’s Ghostbusters: Afterlife when it reaches theatres on November 19th, Reitman himself is already looking ahead to the future of the franchise, which he hopes will be very active after his movie has come and gone. Speaking at the New York Comic Con (as reported by The Hollywood Reporter), Reitman said,

We wanted to make a movie that opened the universe to all kinds of stories. I want to see Ghostbusters movies from all of my favorite directors, and I hope this movie sets the table for them.”

One person who almost certainly shares Reitman’s hopes is Dan Aykroyd, who has been saying for years that he wants to build out an entire “Ghostbusters Universe” – and in fact, Aykroyd and Reitman’s father Ivan Reitman, director of the original Ghostbusters (watch it HERE) and Ghostbusters II (watch that one HERE), formed a company called Ghost Corps, created specifically to develop Ghostbusters films, TV shows, animated series, and games.

a family with single mom Callie and her two kids, Trevor and Phoebe, who move into a beaten-down farmhouse in Oklahoma only to discover that there’s something strange in the neighborhood. Unexplained quakes shake the town. There’s an old mine nearby that bears the name of Ivo Shandor, who built the Manhattan high-rise in the 1984 film that channeled the forces of evil.

Paul Rudd plays “a local teacher who’s been documenting the unexplained phenomena, befriending Callie and her kids, and helping make the connection between the current weirdness and the events of three decades before”. Also in the cast are Logan Kim, Celeste O’Connor, Bokeem Woodbine, Tracy Letts, and Oliver Cooper, with Bill Murray, Dan Aykroyd, Ernie Hudson, Sigourney Weaver, and Annie Potts reprising their roles from the first two Ghostbusters movies.

Since Jason Reitman is imagining Ghostbusters movies by his own favorite directors, who would you like to see direct an entry in the “Ghostbusters Universe”? Let us know by leaving a comment below.

Our own Chris Bumbray already had the chance to watch Ghostbusters: Afterlife and gave the film an 8/10 review.