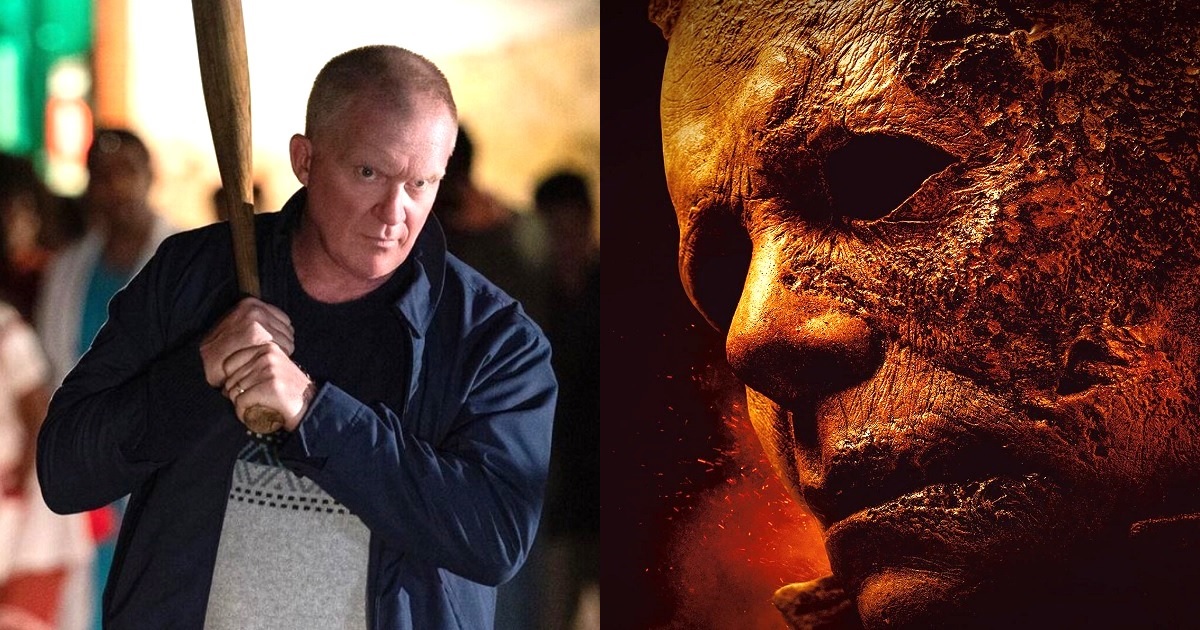 Halloween Kills will be available to watch through the Peacock streaming service on October 15th, the same day the film will be reaching theatres – and it almost seems like Universal is determined to get the whole movie online before then. With all the trailers, TV spots, featurettes, and clips they’re releasing, a lot of fans have already seen a good chunk of the movie. Embedded above we have a clip that features franchise heroine Laurie Strode, played by Jamie Lee Curtis, interacting with the character Tommy Doyle (the kid Laurie was babysitting in the original Halloween), now played by Anthony Michael Hall. There are SPOILERS regarding the fates of other returning Halloween characters in the dialogue they exchange, so don’t watch unless you don’t mind knowing what’s going to happen to a couple people.

David Gordon Green’s Halloween 2018 (watch it HERE) ignored all of the other Halloween movies except for John Carpenter’s original (which you can watch HERE). Directed by Green from a screenplay he wrote with Danny McBride and Scott Teems, Halloween Kills is set on the same night as its predecessor.

Laurie, Tommy, Karen, and Allyson aren’t the only characters returning from previous Halloween movies. Also in the cast are Robert Longstreet as Lonnie Elam (a character from the original film), Dylan Arnold reprising the role of Allyson’s boyfriend / Lonnie’s son Cameron, Jibrail Nantambu as Halloween 2018 scene stealer Julian, Nancy Stephens back in her Halloween and Halloween II role of Marion Chambers, Charles Cyphers back as Brackett, and Kyle Richards returning to the role of Lindsey Wallace. Child actress Victoria Paige Watkins is in there as a new character named Christy, and James Jude Courtney is playing Michael Myers for the second time. Original Michael Myers performer Nick Castle also has a one scene cameo.