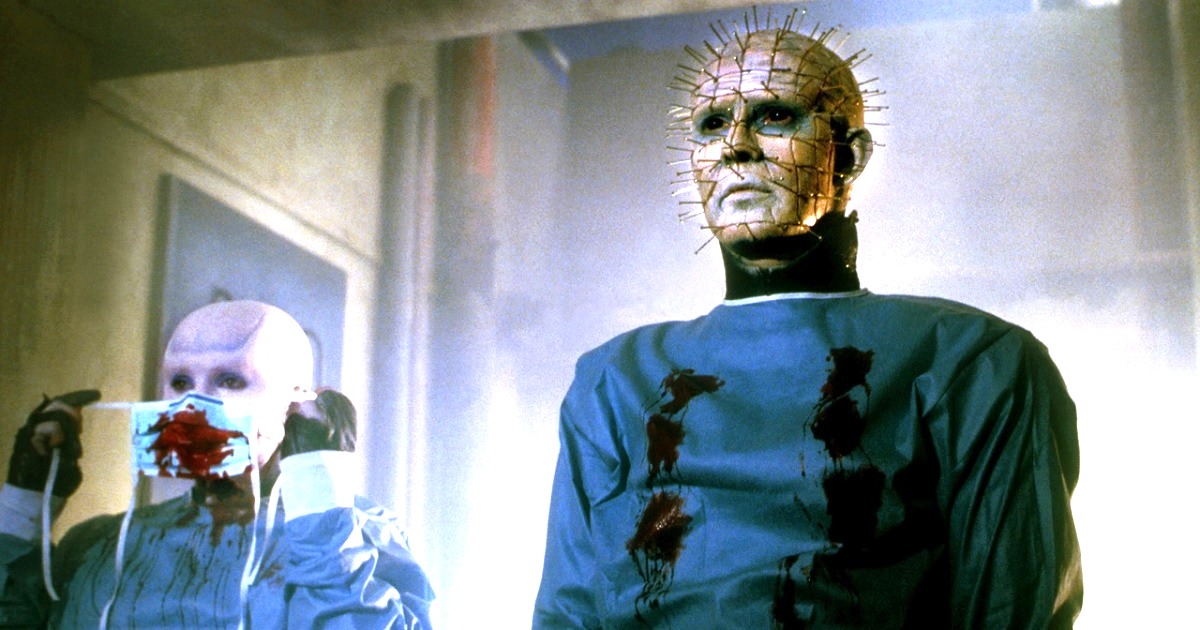 Last week, it was announced Jamie Clayton plays the new Pinhead in director David Bruckner’s Hellraiser reboot, a film that will be released through the Hulu streaming service and is already in post-production. With that Hellraiser done with principal photography, it made us very curious to hear an update on the Hellraiser TV series that’s in the works at HBO Max, an entirely separate project that “is by no means a remake, but rather assumes the past mythology to be a given.” The show has been described as “an elevated continuation of the existing Hellraiser mythology”. Halloween 2018 and Halloween Kills director David Gordon Green is attached to direct multiple episodes of the show, and thankfully movie Joe Bob Briggs was able to get some Hellraiser quotes from him when Green made a guest appearance on Joe Bob’s latest Shudder special.

Here’s how the Hellraiser talk between Green and Joe Bob went:

DGG: Right. Yeah, we’re in just the early stages of putting that together right now with HBO.

JBB: Are you working with Clive Barker on that?

DGG: I haven’t communicated with him yet, but apparently he has just now joined the project.

JBB: Haven’t there already been 14 Hellraisers?

DGG: There have been a lot of Hellraisers, some good and some a little bit less than good.

JBB: Have you watched them all?

DGG: I have not watched all of them. That’s a project that I need to do a little bit more of my homework on. I was a huge fan of the first one, and Clive Barker’s original short story is really wonderful and inspiring.

JBB: Would Doug Bradley be involved at all?

DGG: I like that idea. But that’s a complicated property, like a lot of these titles that have evolved over the years with various ownerships and relationships that some are good, some aren’t good. So there’s a movie project in one part of town and a TV series in another, so we’re trying to get clarity on it.

JBB: Yeah, that thing got cut up into like nineteen different pieces.

DGG: It’s like real estate with your siblings when you inherit something, there’s all these different – who’s who and what’s what, who knows?

So even though it’s been a year and a half since the Hellraiser HBO Max series was first announced, it doesn’t sound like a whole lot of progress has been made on it yet. It has actually been almost a year since it was confirmed that Clive Barker will be an executive producer on the show. Barker is also an executive producer on Bruckner’s Hellraiser film, and there’s a court order stating that the first movie’s US copyright will be his as of December 19th.

Green and Joe Bob also discussed the Exorcist movie that Green will be directing, and you can read that exchange at THIS LINK.