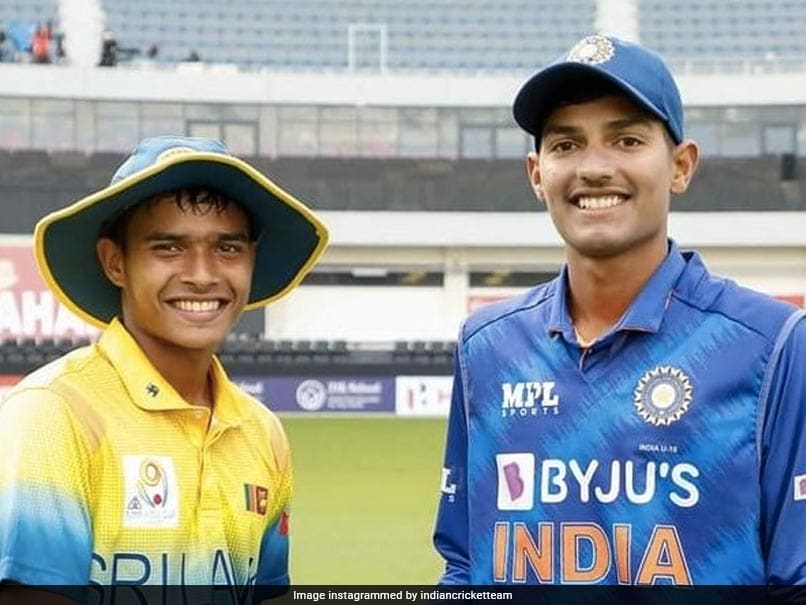 After India U-19 team lifted the Asia Cup 2021 title on Friday, captain Yash Dhull’s father expressed his happiness and said that the entire family got the opportunity to watch the match live. Angkrish Raghuvanshi smashed a fifty while Shaik Rasheed scored 31* as India defeated Sri Lanka by nine wickets in the final of the Under-19 Asia Cup on Friday. “Entire family is happy with the performance of the entire Under-19 team and today, we got the opportunity to watch a live match. Every parent wants to see their child playing,” Yash Dhull’s father Vijay Dhull told ANI.

“In sports, you need momentum as it is a team game and in a team game, if the bonding is better, it works well in tough matches. This team is very talented and there are many boys in this team who will do well in future for India,” he added.

Vijay also said that his family always teaches his son to think positive and accept the reality of every situation.

“We just tell him to be positive all the time. You need to accept the situation. Against Pakistan, they accepted the situation and despite losing, they stayed positive and won the Asia Cup. Now the team will directly head to West Indies for the Under 19 World Cup,” said Vijay.

Coming to the match, India’s target was revised to 102 from 99 in the middle of the chase. Sri Lanka had scored 106/9 and India were given the target of 99 runs due to the DLS method.

Chasing, India suffered an early jolt as Harnoor Singh was plummed in front of the stumps in the fifth over.

However, Raghuvanshi and Rasheed stitched an unbeaten 96-run stand to take India home in the summit clash.