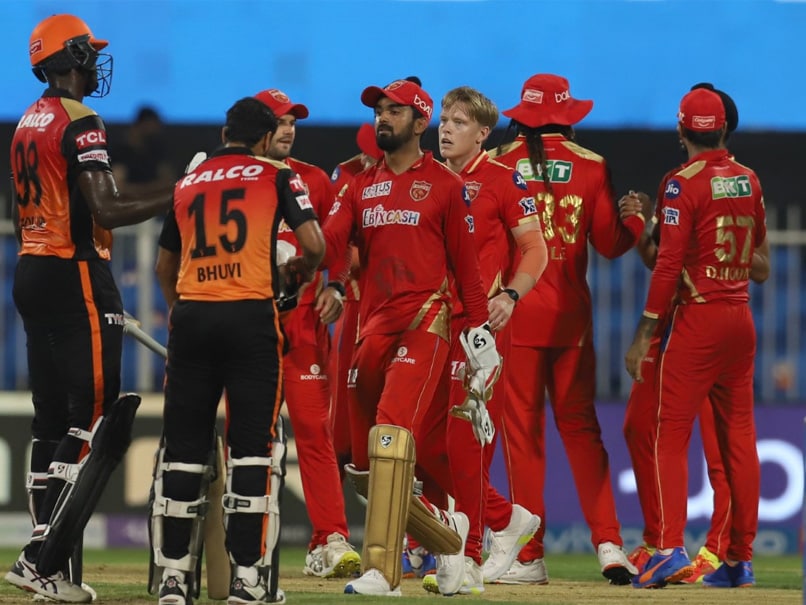 Young leg-spinner Ravi Bishnoi snared three wickets as Punjab Kings dished out a clinical bowling display to beat struggling Sunrisers Hyderabad by five runs in a low-scoring but entertaining Indian Premier League match in Sharjah on Saturday. The 21-year-old Bishnoi (3/24) ran through the SRH middle order after veteran India pacer Mohammed Shami rocked the run chase early on by dismissing both David Warner (2) and captain Kane Williamson (1) cheaply in the first and third overs respectively. Chasing 126 for a win on a slow Sharjah Cricket Stadium track, SRH ended at 120 for 7 in 20 overs to end their hopes of making it to the play-offs.

Punjab, however, kept their hopes alive as they grabbed the fifth place with 8 points from 10 matches.

West Indian Jason Holder raised hopes of a dramatic win for SRH with a late onslaught of 47 off just 29 balls with the help of five sixes but in the end SRH were short by five runs.

SRH needed 21 from the final two overs and Arshdeep Singh conceded just four runs from the penultimate over.

Needing 17 runs from the final over bowled by Nathan Ellis, Holder hit a six in the second ball but SRH needed a six to tie the score and take the match to Super Over.

But Holder, who had taken three wickets for 19 runs in the Punjab Kings innings, could score just one run from the final ball.

SRH were 20 for 2 after Power Play and Bishnoi took the centre stage from then onwards as he removed the next three batsmen to stifle the SRH run chase.

The arrival of Jason Holder at the crease gave some hopes to SRH as the West Indian hit two sixes to take 16 runs from the 16th over bowled by Nathan Ellis.

SRH needed 35 from the final four overs and Wriddhiman Shah (31) was set at the other end but he got run out in the 17th over in a horrible mix-up.

Earlier, Holder’s impressive spell of three wickets for 19 runs helped SRH restrict Punjab Kings to 125 for 7 after being sent in to bat.

Punjab Kings batsmen struggled to get going on a slow wicket and failed to stitch any big partnership, the highest being the 30-run stand between Chris Gayle and Aiden Markram, who top-scored with a 32-ball 27, for the third wicket.

Captain KL Rahul had scored 49 in the previous match but got dismissed early this time as he fell to Holder’s first ball for a run-a-ball 21 in the fifth over.

The other opener Mayank Agarwal (5), who had scored 67 against Rajasthan Royals on Tuesday, was out four balls later as he sliced a Holder delivery to Kane Williamson at mid off.

Punjab Kings were 29 for 2 after Power Play and could have been three wickets down the next over but David Warner dropped Markram off Khaleel Ahmed.

The Mohali-based side were 55 for 2 at halfway mark. Chris Gayle shunned playing his trademark big-hitting shots but got dimissed for 14 off 17 balls off the bowling of Rashid Khan.

Nicholas Pooran (8) followed his senior West Indian colleague to the dressing room the next over, while Markram’s promising innings ended in the 15th over while looking for big shots to accelerate the innings.

Deepak Hooda (13) hit some lusty blows before substitute fielder J Suchith plucked the ball out of thin air in an outstanding fielding effort to dismiss the batsman.

Punjab Kings took 14 runs from the final over bowled by Bhuvneshwar Kumar to end their innings at 125 for 7.