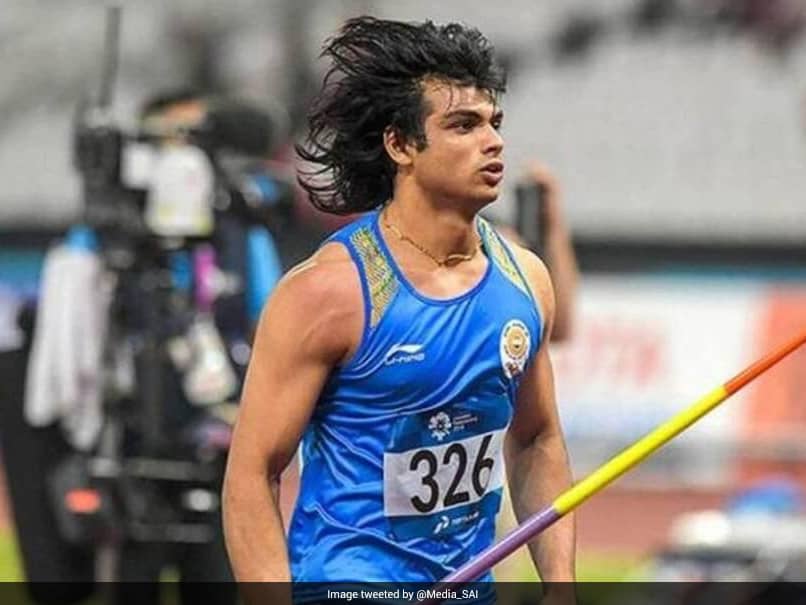 Neeraj Chopra won the bronze medal in Finland with a throw of 86.79m on Saturday.© Twitter

Star Indian javelin thrower Neeraj Chopra produced a much improved show from his previous two outings as he finished third with an effort of 86.79m in Kuortane Games in Finland on Saturday. Chopra began with 83.21m and then sent the iron spear to a distance of 86.79m in the his second attempt. All the remaining four throws were fouls.  Season-leader and 2017 world champion Germany’s Johannes Vetter (SB: 96.29m) won the event with a best throw of 93.59m. The German is the gold medal favourite in the upcoming Tokyo Olympics.  Keshorn Walcott of Trinidad and Tobago, who won a gold in 2012 London Olympics and a bronze in 2016 Rio Games, finished second with a best throw of 89.12m.

Reigning world champion Anderson Peters of Grenada was fourth with a best throw of 83.46m.

This was Chopra’s third best performance this season since re-writing his own national record during the Indian Grand Prix 3 with a throw of 88.07m in March at the NIS Patiala.

A few days later, he had thrown 87.80m during the Federation Cup at the same venue.

In his previous two competitions in Europe, Chopra had come up with a best effort of 83.18m to win an event in Lisbon, Portugal on June 10 before having a below-par performance of 80.96m at the Karlstad Grand Prix in Sweden on June 22.

The 23-year-old reigning Asian and Commonwealth Games champion had qualified for Tokyo Olympics in January last year in South Africa.