Manchester City star Joao Cancelo has said that he was injured in a robbery.© Instagram

Manchester City and Portugal full-back Joao Cancelo has said that he was injured in a robbery. Cancelo took to Instagram on Thursday and revealed that he was “assaulted” by four people who took all his jewellery. “Unfortunately, today I was assaulted by four cowards who hurt me and tried to hurt my family. When you show resistance, this is what happens. They managed to take all my jewellery and leave me with my face with this state,” the 27-year-old wrote on his Instagram story.

Cancelo, however, said that he and his family are “all ok” which is the most important thing for him.

“After so many obstacles in my life, this is just one more that I will overcome,” he added. 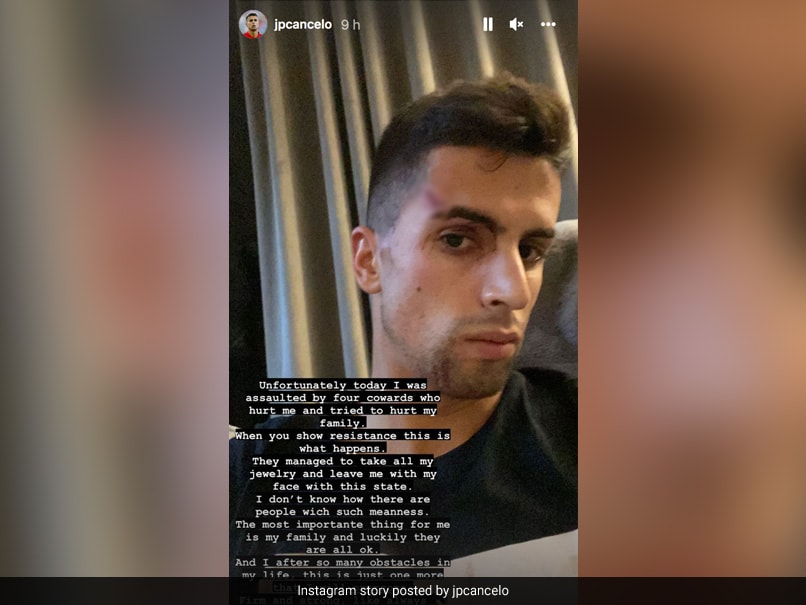 Manchester City, in an official statement, said that the club is “shocked and appalled” by the incident, adding that the player is helping the police with the enquiries.

Cancelo, who had joined the club from Juventus in 2019, has been a mainstay behind Manchester City’s excellent run in the ongoing Premier League campaign.

So far, Cancelo has scored one goal and provided four assists in the ongoing Premier League season.

Pep Guardiola’s men on Wednesday edged Brentford 1-0 thanks to a Phil Foden strike in the 16th minute.

Manchester City currently occupy the top spot in the points table after 20 matches, with 16 wins, two draws and as many defeats.

The defending champions will now face Arsenal at the Etihad Stadium on Saturday, and could go 11 points clear at the top with second-placed Chelsea hosting third-place Liverpool on Sunday.