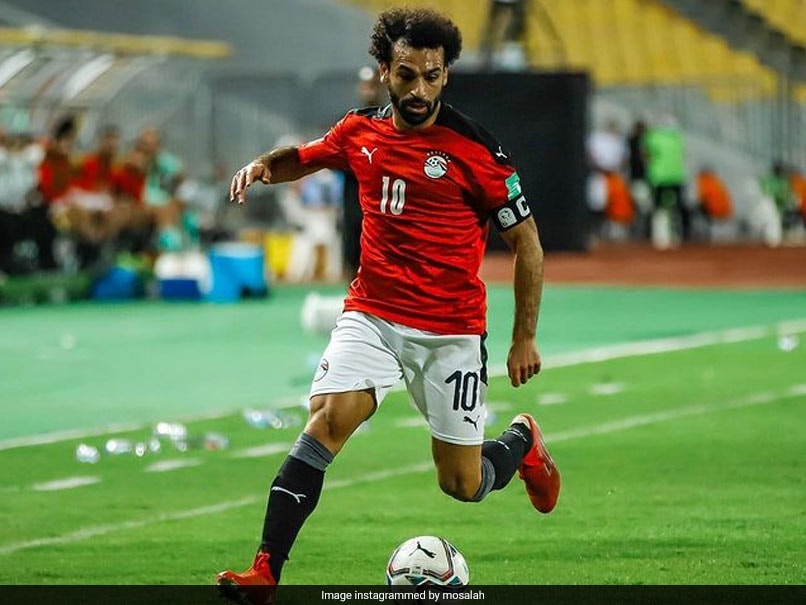 Liverpool star Mohamed Salah helped Egypt to a 3-0 World Cup qualifying triumph over closest rivals Libya on Monday that puts them on the brink of winning Group F and reaching the final elimination round. The two-time African Footballer of the Year was a constant threat in Benghazi as the Pharaohs completed a double over the Mediterranean Knights having won 1-0 in Alexandria three days ago. Ahmed el Fotouh broke the deadlock on 40 minutes, Mostafa Mohamed added a second goal in first-half added time and substitute Ramadan Sobhi netted after 72 minutes.

Egypt have 10 points, four more than second-place Libya, after four rounds and need one win from fixtures against Angola and Gabon in November to be sure of making the play-offs.

The 10 group winners will be split into five pairings, and the winners of the two-legged ties in March will represent Africa at the 2022 World Cup in Qatar.

In Group D, Ivory Coast retained a one-point advantage over Cameroon in what is widely regarded as the toughest of the 10 mini-leagues with the two nations boasting 10 World Cup appearances between them.

Ivory Coast edged Malawi 2-1 in Cotonou and Cameroon pipped Mozambique 1-0 in Tangier to turn the section into a two-team race to finish first.

The qualifiers were played in Benin and Morocco because hosts Ivory Coast and Mozambique lack international-standard stadiums.

Malawi levelled on 20 minutes through Khuda Muyaba, who rifled a low shot from outside the box past Sylvain Gbohouo into the corner of the net.

The match-winner came on 67 minutes as AC Milan midfielder Franck Kessie gave goalkeeper Brighton Munthali no chance with a rising strike from the penalty spot.

Several flight delays due to Covid-19 cases among the airline crew meant Cameroon arrived in Morocco only 11 hours before the kick-off.

He took off Eric Maxim Choupo-Moting and Karl Toko Ekambi at half-time and replaced his third forward, Vincent Aboubakar, early in the second half.

Minus three of their best known players, Cameroon struggled at times to contain the lively Mozambican Mambas, with forward Geny Catamo a constant threat.

But Cameroon defender Michael Ngadeu-Ngadjui succeeded on 68 minutes where the attackers had failed, nodding the ball into the net after a weak punched clearance off a corner by goalkeeper Hernani Siluane.

Meanwhile, Burkina Faso replaced reigning African champions Algeria as Group A leaders thanks to a narrower than expected 2-0 win over whipping boys Djibouti, the lowest ranked of the 40 group-phase sides.

Having scored four times against the minnows last week, the Stallions had to settle for goals from Issoufou Dayo and Abdoul Tapsoba in the second meeting.

Algeria, who boast an African record 30-match unbeaten record, will regain top spot on goal difference if they follow up a 6-1 home win over Niger by beating the west Africans again on Tuesday in Niamey.