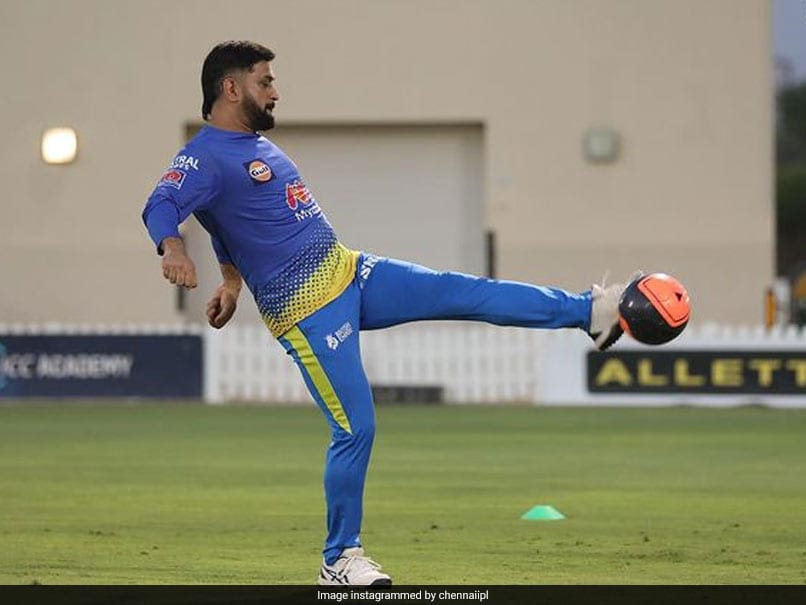 Hoping to build a winning run, Chennai Super Kings (CSK) geared up for their upcoming Indian Premier League (IPL) 2021 match by playing football during a training session in the UAE. The MS Dhoni-led side face Royal Challengers Bangalore (RCB) in Match 35 on Friday, at the Sharjah Cricket Stadium. The franchise posted some photos from the training session, where Dhoni, Deepak Chahar and Faf du Plessis could be seen showing their skills in football. Posting the photos on their social media handles, CSK captioned it as, “Keep It Cool Like the Kings! #WhistlePodu #Yellove”.

Here are the pictures:

CSK resumed their IPL 2021 campaign on a strong note, defeating Mumbai Indians (MI) by 20 runs in Dubai. CSK initially posted 156 for six in 20 overs, with Ruturaj Gaikwad smashing an unbeaten knock of 88 runs off 58 balls.

Chasing a target of 157 runs, MI’s batting order crumbled without the presence of skipper Rohit Sharma. They could only muster 136 for eight in 20 overs.

Despite scoring only three runs in the game, Dhoni was praised by Virender Sehwag for his captaincy. In conversation with Cricbuzz, the former India opener hailed the wicketkeeper-batsman and said that his captaincy was spot-on.

“Dhoni’s captaincy was spot on. He doesn’t plan and come to play. He decides on the basis of the situation in the game and what he can change”, said Sehwag.

He also felt Dhoni was intelligent for the way he used Dwayne Bravo. The experienced all-rounder took three wickets in four overs and conceded only 25 runs during MI’s chase.

“For Bravo, he kept four fielder on the off side inside the circle. That was smart. So that singles are prevented and there is a chance to take wickets too”, Sehwag explained.