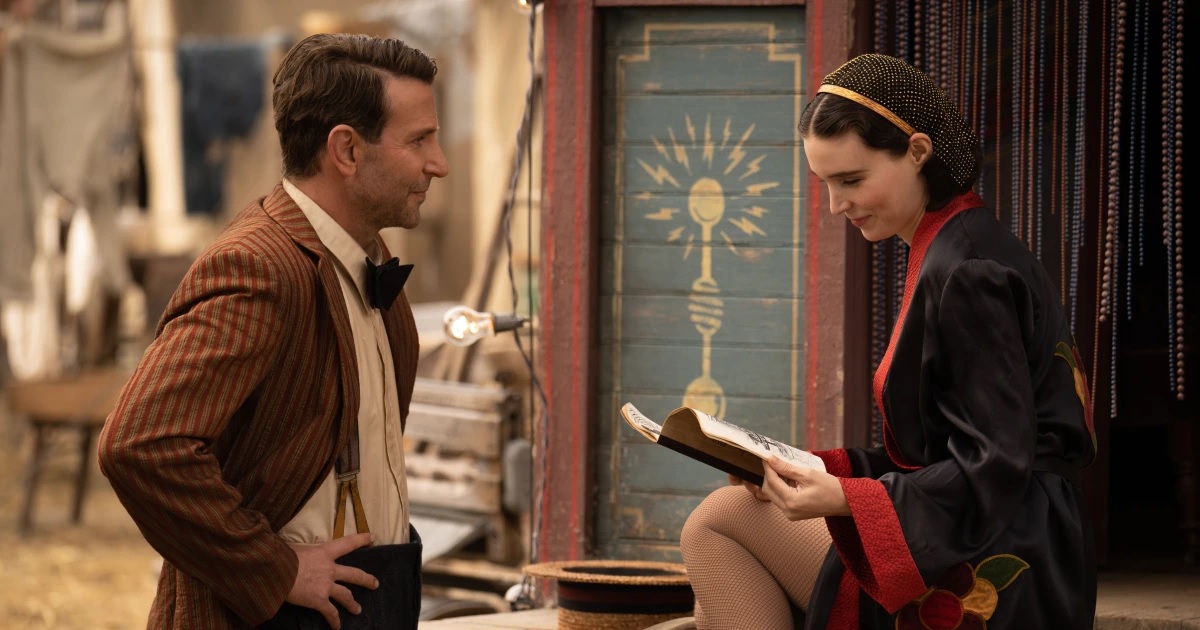 Disney believed in director Guillermo del Toro‘s noir thriller Nightmare Alley enough to give it a wide holiday season release through Searchlight Pictures… but that decision isn’t really paying off for them, as the film has pulled in less than six million dollars at the domestic box office after almost two weeks in theatres. If you’ve been on the fence about going out to see Nightmare Alley, we have embedded a couple clips from the film above; check them out and maybe you’ll be won over.

Based on a novel by William Lindsay Gresham (which was previously turned into a movie in 1947), Nightmare Alley is set in “a world of carnival hustlers and con men, telling the story of a mentalist who teams with a psychologist in order to swindle the rich.” Here’s the official synopsis:

When charismatic but down-on-his-luck Stanton Carlisle endears himself to clairvoyant Zeena and her has-been mentalist husband Pete at a traveling carnival, he crafts a golden ticket to success, using this newly acquired knowledge to grift the wealthy elite of 1940s New York society. With the virtuous Molly loyally by his side, Stanton plots to con a dangerous tycoon with the aid of a mysterious psychiatrist who might be his most formidable opponent yet.

Copies of Gresham’s novel Nightmare Alley can be purchased at THIS LINK. Del Toro wrote the adaptation with Kim Morgan. The film has been rated R for “strong/bloody violence, some sexual content, nudity and language.”

For me, everything release is a “wait for video” these days, so I won’t be seeing Nightmare Alley until it’s on disc, VOD, or streaming.