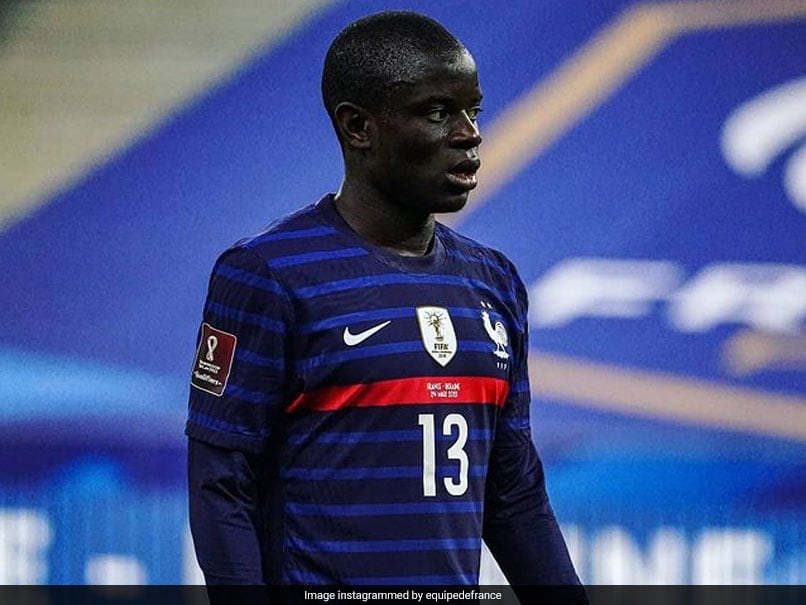 Olivier Giroud has again been left out of the France squad while N’Golo Kante is sidelined for next week’s UEFA Nations League finals in Italy. Giroud was celebrating his 35th birthday on Thursday but he did not mark the occasion with a recall to coach Didier Deschamps’ squad, having already been dropped for a series of World Cup qualifiers at the start of September. The AC Milan striker, who sits just five goals away from equalling Thierry Henry’s all-time record tally of 51 for Les Bleus, also recently tested positive for Covid-19.

Kante, like Giroud a key part of the France team that won the World Cup in Russia in 2018, is ruled out after his club Chelsea revealed earlier this week that he had contracted Covid-19.

France play Belgium in Turin next Thursday, October 7, in the semi-finals of the Nations League, with hosts Italy taking on Spain the previous day in Milan.

The winners will meet in the final at San Siro on Sunday, October 10 for the right to succeed Portugal, who won the inaugural Nations League in 2019.

“This can’t erase what happened at the Euro, that is behind us now,” said Deschamps, whose team went out of Euro 2020 in the last 16.

“There is a trophy up for grabs, and a semi-final against one of the best teams in Europe and the world.”

Eduardo Camavinga, the midfield starlet who recently joined Real Madrid, has been left out and will instead play for the Under-21s.

“It has been a difficult time for Eduardo but his start at Real suggests there are good days ahead. He is among the players who will have a part to play in the more or less near future,” Deschamps said.

Kingsley Coman has also been left out after recently undergoing heart surgery, while there is no place for veteran Marseille goalkeeper Steve Mandanda, the long-time back-up to Hugo Lloris.

There is also a place for uncapped 22-year-old midfielder Matteo Guendouzi, who is currently on loan at Marseille from Arsenal.