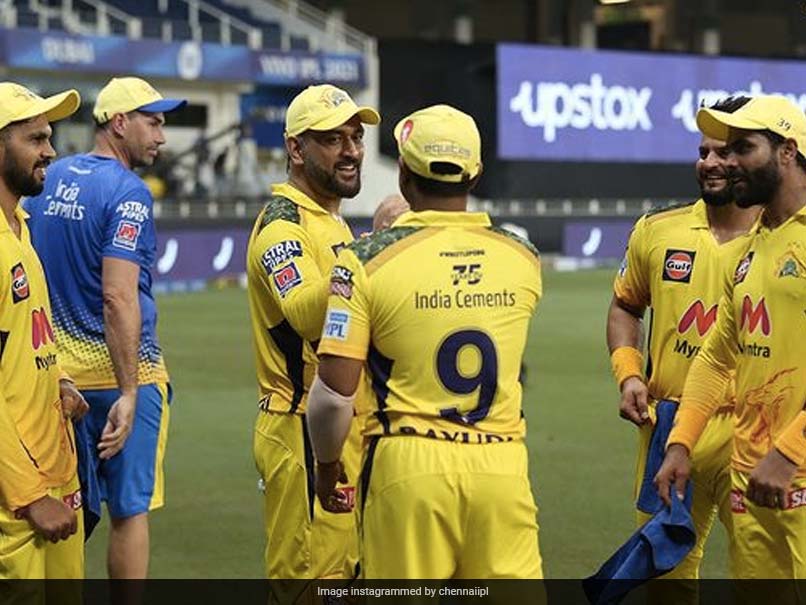 The MS Dhoni-led Chennai Super Kings (CSK) resumed their Indian Premier League (IPL) 2021 campaign on a winning note, beating defending champions Mumbai Indians by 20 runs. Despite a batting collapse and an injury scare to Ambati Rayudu, CSK rode on Ruturaj Gaikwad’s unbeaten half-century and a fine show by their bowlers to down Mumbai Indians. During their match against Mumbai, Rayudu was hit on his elbow by a bouncer from Adam Milne and left the field. The 36-year-old didn’t come out to field during Mumbai’s chase. CSK will next take on Royal Challengers Bangalore, who suffered a massive defeat against Kolkata Knight Riders in their first match of the UAE leg of IPL 2021. Barring any injury concern, CSK are likely to field the same XI who won them two points against Mumbai Indians.

Here are the players we feel might play for CSK in their IPL 2021 clash against RCB:

Ruturaj Gaikwad: After an unbeaten half-century in the previous game against Mumbai Indians, Ruturaj will be looking to carry on the fine run with the bat against RCB.

Faf du Plessis: The South Africa international missed out in the first game of the UAE leg of the tournament and will be looking to provide a solid start for CSK.

Suresh Raina: The CSK mainstay looked rusty in the previous game against Mumbai and he will look to find his groove against RCB.

Ambati Rayudu/Robin Uthappa: Looking ahead at the tournament CSK might want to give Rayudu some more time to recover from his injury and in that case, Robin Uthappa is his likely replacement.

Moeen Ali: The England all-rounder didn’t trouble the scorers in the previous game but bowled three economical overs in the middle stage and he is likely to retain his place in the XI.

MS Dhoni: The CSK captain is short of runs in this year’s IPL and he will be looking to take the attack to the RCB bowlers on Friday.

Ravindra Jadeja: Carrying on from his Test match form, Jadeja made a handy contribution with the bat in the previous game. CSK will once again look for a similar show from the southpaw.

Dwayne Bravo: Bravo proved to be the game-changer with both bat and ball. He played a cameo of 23 off 8 deliveries and picked up three wickets to help CSK beat MI.

Shardul Thakur: Shardul bowled an economical spell against Mumbai and picked up the big wicket of Suryakumar Yadav. He will be looking to deliver against his international captain Virat Kohli.

Deepak Chahar:The seamer picked up two wickets against Mumbai Indians and he is likely to be trusted with the new ball again by MS Dhoni.

Josh Hazlewood: MS Dhoni doesn’t like to tinker with his XI a lot and despite proving to be a tad expensive, Josh Hazlewood is likely to get another go ahead of Lungi Ngidi.