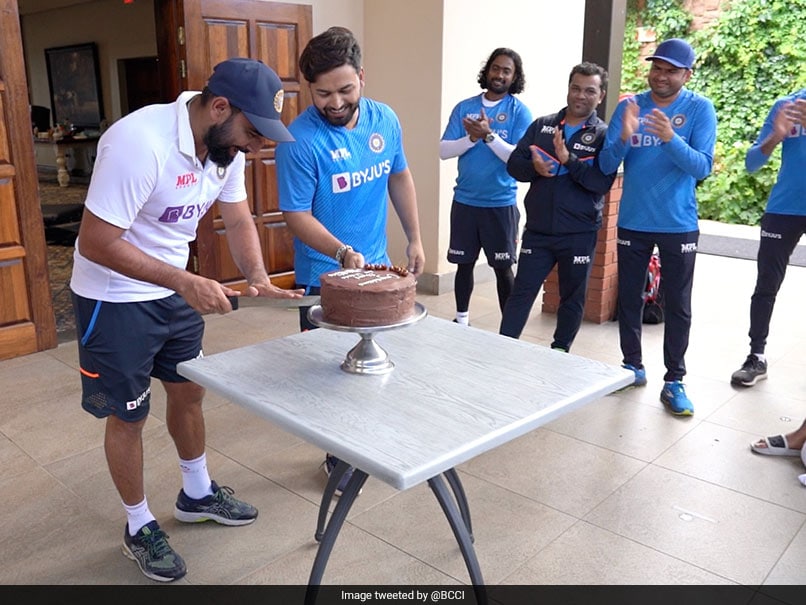 India’s outstanding victory in the first Test against South Africa in Centurion was a result of complete team effort. KL Rahul’s century and Mohammed Shami’s five-wicket haul were the stand-out performances but almost every individual had some role to play in the victory. Mayank Agarwal, Virat Kohli and Ajinkya Rahane made handy contributions with the bat, while Mohammed Siraj, Shardul Thakur and Ravichandran Ashwin played the supporting cast with the ball.

Rishabh Pant added vital runs in the second innings and was in excellent form with the gloves behind the stumps. Pant picked up a total of five catches and reached a huge personal milestone as well. He surpassed MS Dhoni to become the fastest Indian wicketkeeper to record 100 Test dismissals. He achieved this feat with the dismissal of Temba Bavuma in South Africa’s first innings. While Pant has reached the milestone in his 26th Test, Dhoni had reached the same feat in his 36th Test. South Africa wicketkeeper Quinton de Kock leads the overall list, having registered 100 dismissals in just 22 Tests.

The 23-year-old is also the sixth Indian behind Dhoni, Syed Kirmani, Kiran More, Nayan Mongia and Wriddhiman Saha to reach the three-figure mark. For the record, Dhoni has the most dismissals by an Indian wicketkeeper with 294.

The other India star who reached a personal milestone in the match is Mohammed Shami, who became the 11th India bowler to complete 200 Test wickets, with his 5-wicket haul in the first innings.

To celebrate this feat, Rishabh and Shami cut a cake after India’s victory and the photo was shared on Twitter by BCCI.

Shami reached the feat in his 55th Test match, which makes him the third fastest Indian paceman to the landmark. Kapil Dev (50 Tests) and Javagal Srinath (54 Tests) are the only other Indian pacers to have reached the milestone in fewer Tests than Shami.