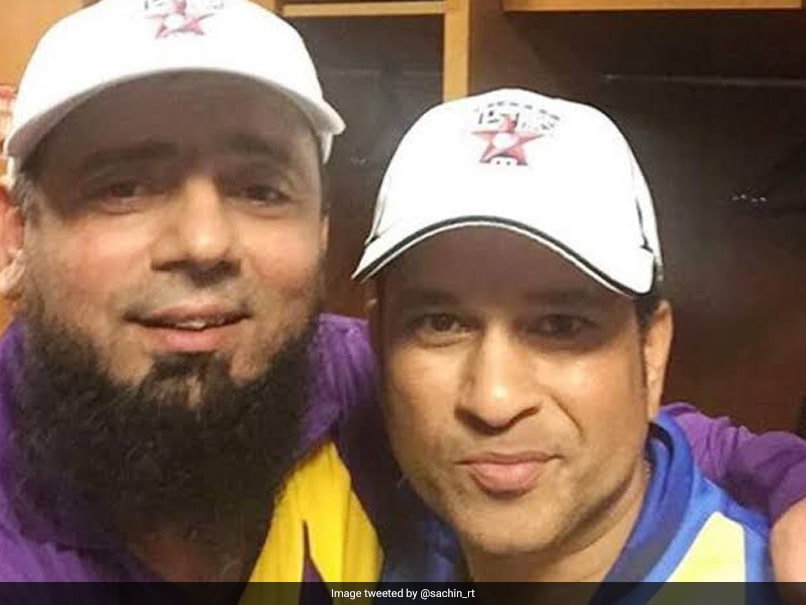 Sachin Tendulkar made his international debut against arch-rivals Pakistan in 1989 and had several memorable encounters with them throughout the 1990s, until the 2011 ICC World Cup, when he led India’s batting from the front, as they triumphed over the ‘Men in Green’ in the semi-final. While the big draw in India-Pakistan matches was Tendulkar’s duel with pacers like Wasim Akram, Waqar Younis and Shoiab Akhtar, the ‘little master’ also had several battles with the off spin wizard Saqlain Mushtaq.

Saqlain had become one of Pakistan’s most potent weapons with the ball since making his debut in the mid-1990s and he too had several showdowns with Tendulkar on the cricket field. The one that he will remember most and Indian cricket fans would want to forget was the Chennai Test in 1999, when Tendulkar lost his wicket to Saqlain with India needing just 17 runs to win the match in the fourth innings. What followed was a collapse as Saqlain picked up a fifer to take his team to a memorable 12-run win.

Tendulkar too had his moments in the rivalry in both Tests and ODIs.

But all of that has been left back on the field and what remains in mutual respect among the former players.

Tendulkar on Wednesday took to twitter to post a heart-warming wish for Saqlain on his 45th birthday.

“Many happy returns of the day @Saqlain_Mushtaq. Wishing you a long life full of good health and happiness. My best wishes to your family,” Tendulkar wrote along with posting a photo of him and Saqlain.

Many happy returns of the day @Saqlain_Mushtaq. Wishing you a long life full of good health and happiness. My best wishes to your family. pic.twitter.com/yI9ZqdDoS0

Saqlain Mushtaq took over as interim coach of Pakistan just before the ICC T20 World Cup and the team has since flourished under his guidance, reaching the semi-final of the tournament and then beating Bangladesh away from home and also prevailing over West Indies in a home series.