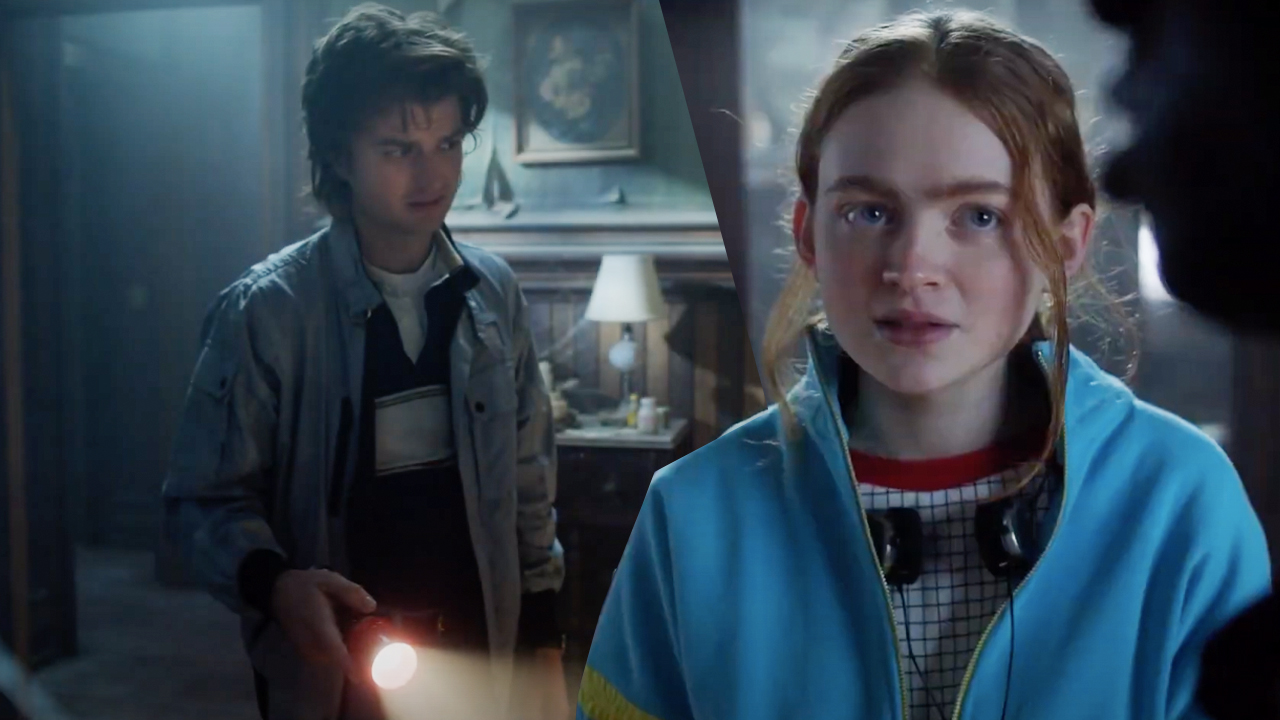 Netflix’s Tudum event kicked off with yet another new look at the upcoming fourth season of Stranger Things. While it wasn’t the trailer we were all hoping for or even an extended clip, they did drop an all-new teaser that finally showed the kids all together. In it, you see them investigating a creepy mansion where some dastardly deeds went down.

As we see in the teaser embedded above, a young family moves into the house in the fifties, only to find something’s not quite right, with dead rabbits on the lawn, spooky goings-on around the house, and finally, a glimpse of the family being murdered. Yikes! Flash-forward to the Stranger Things kids investigating the house led by Joe Keery’s Steve Harrington, who’s still got his feathered Tom Cruise haircut. Gaten Matarazzo’s Dustin does a wicked Basil Rathbone/ Sherlock Holmes impression, while we see Caleb McLaughlin‘s Lucas rocking a Fresh Prince of Bel Air-styled high top haircut.

Otherwise, that was about all we saw. As previously reported, Stranger Things Season 4 is set to debut on the streamer in 2022, but an exact date hasn’t been set. While David Harbour’s Jim Hopper seemed to bite the dust at the end of last season, as previously revealed, he’s still alive and stuck in a Russian labour camp. Check out the other previously released teasers below:

As stated in Netflix’s official release:

“Since its release in 2016, the global phenomenon Stranger Things has garnered over 65 award wins and 175 award nominations, including those from the Emmys, Golden Globes, Grammys, SAG, DGA, PGA, WGA, BAFTA, a Peabody Award, AFI Program of the Year, the People’s Choice Awards, MTV Movie & TV Awards, Teen Choice Awards, and many others. The three-time Emmy Award Nominee for Best Drama is one of Netflix’s most watched titles, with Season 3 alone amassing 40.7 million household accounts in its first four days — more than any other Netflix film or series in that timeframe — and 64 million member households in the first four weeks.”

Are you excited for Stranger Things Season 4?