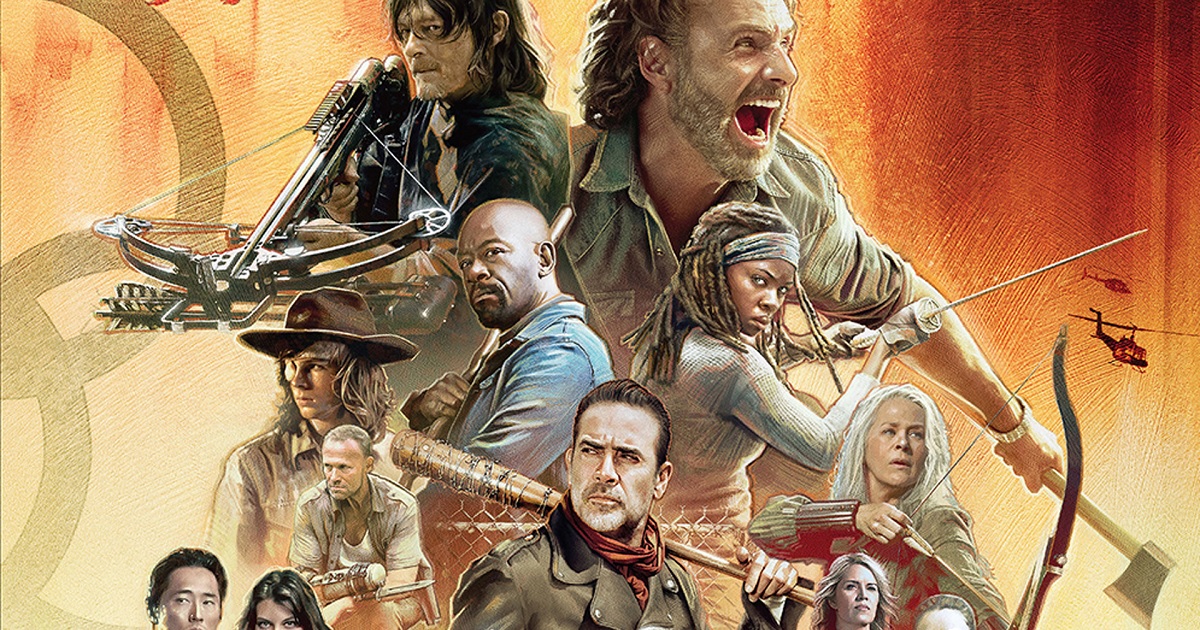 This may be some of the least surprising news you’ve ever heard: 13 months after AMC announced that they were developing an anthology series spin-off from The Walking Dead, the network has now confirmed (via The Hollywood Reporter) that they have officially ordered the show, Tales of the Walking Dead, to series. The initial order is for six episodes, which will go into production early next year.

Tales of the Walking Dead will begin airing on AMC in the summer of 2022.

Each hourlong episode of Tales will be focused on new and established characters that are based in the larger world of The Walking Dead.

AMC’s Dan McDermott had this to say about the series order:

The Walking Dead is a show that made television history and attracted an army of passionate and highly engaged fans. We see so much potential for a wide range of rich and compelling storytelling in this world, and the episodic anthology format of Tales of the Walking Dead will give us the flexibility to entertain existing fans and also offer an entry point for new viewers, especially on streaming platforms. We have seen the appeal of this format in television classics like The Twilight Zone and, more recently, Black Mirror, and are excited to engage with fans in this new way, against the backdrop of this very unique and engrossing world.”

This series, more than any other in the Walking Dead Universe, runs on new voices, perspectives and ideas — bringing to life stories unlike any we’ve told before. I’m thrilled to be Channing’s consigliere, helping in every way I can to make those new visions real for the best fans in TV.”

I started as a fan of The Walking Dead and have ended up as a showrunner of what will hopefully be one of its most unique spinoffs. That’s nuts and I’m so grateful to AMC and Scott for supporting me and my writers while we pushed, pulled and poked at the boundaries of this universe to bring you something new and unexpected, while hopefully still tending to what core audiences loved so much about the flagship show.”

The first eight episodes of The Walking Dead‘s eleventh and final season recently aired on AMC. The remaining sixteen episodes will be split into two more batches of eight that will air in early and late 2022. Episodes of the second and final season of the limited series The Walking Dead: World Beyond are now reaching the airwaves. Season 7 of Fear the Walking Dead begins this Sunday, October 17th. Once The Walking Dead ends, AMC will be moving on with a spin-off show that centers on the characters Carol and Daryl. We’re also supposed to be getting a trilogy of films that will follow the continuing adventures of Rick Grimes from Universal.