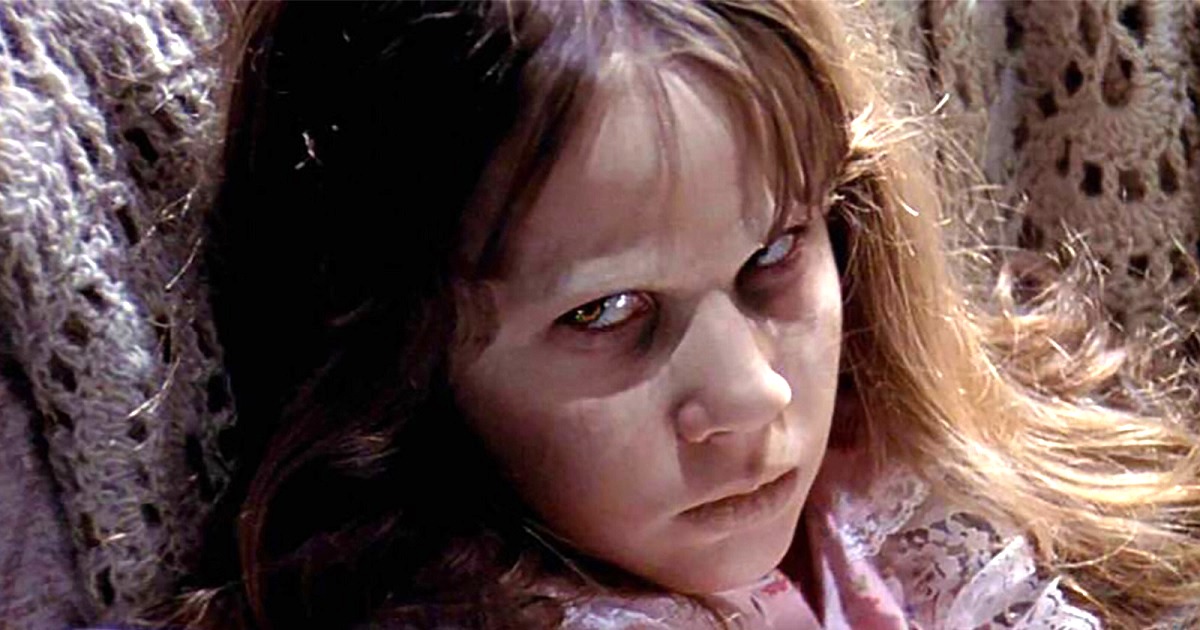 With his Halloween 2018 sequel Halloween Kills set to reach theatres and the Peacock streaming service on October 15th, director David Gordon Green is looking forward to wrapping up his Michael Myers trilogy with Halloween Ends, which is scheduled to be released on October 14, 2022. During a guest appearance on movie host Joe Bob Briggs’ latest Shudder special, Green said he just sent the Halloween Ends script to original Myers performer Nick Castle and will be going into production on that film in “a couple months”… But while Halloween Ends only got a quick mention, Green and Joe Bob had a lengthier conversation about the trilogy of Exorcist films Green also has in the works.

We heard back in July that Green’s The Exorcist is set to star Leslie Odom Jr. and Ellen Burstyn, who will be reprising the role of Chris MacNeil from the original The Exorcist (watch it HERE). That film already has a release date, October 13, 2023, and here’s what Green told Joe Bob about the development process:

JBB: You’ve also got the Exorcist franchise, now that’s very different from the Halloween franchise. You’re gonna do three of those?

DGG: Yeah, right now the first one is the only one that’s been written, and we’ve got a trilogy lined up. I’m writing that with another one our schoolyard buddies, Peter Sattler. It’s just really fun to be able to take these iconic titles, these properties, these legacy actors in a lot of cases – for Exorcist, it’s fun, I’ve been chatting with Ellen Burstyn quite a bit and talking to her about, you know… She calls the other day and she goes, ‘I have the loveseat from the living room of The Exorcist in my house and I’m thinking of getting rid of it, would you like it?’ And there’s only one answer, of course I want the loveseat from The Exorcist!

JBB: Is Ellen Burstyn gonna be in the movie?

DGG: Ellen Burstyn’s gonna be in the movie.

JBB: Wow! You know, that’s a whole different world though, because (Exorcist writer) William Peter Blatty was a messed up Catholic intellectual. How are you gonna recreate that feeling? It’s a very unique ambiance, to all of the Exorcist movies.

DGG: I think once you accept that it’s never gonna be what they did in that time, with those resources, in that culture, which was a very different thing than the elements that we’ll be working with, and I’m a very different voice than (Exorcist director William) Friedkin… What he did was brilliant, and I want to honor that and respect that and be true to that in a lot of ways, and then evolve that into my voice in this time and see if the fanbase shows up.

JBB: I know Friedkin had Jesuit priests on the set and everything, are you consulting any Catholics on this?

DGG: We’ve had a lot of consultants. (Plotting out a Halloween movie) is a different exercise than the academic process of, ‘I need to find someone that knows this text from some ancient philosophy’, and then interviewing them, finding their trust because the second they hear you’re involved in a title like that everybody gets a little nervous and wonders what you’re doing and what you’re trying to say. It’s involved.

JBB: Probably the first one was the last time they had the full cooperation of the Catholic Church to make those movies.

DGG: Right. Yeah. But I’ve spoken to a lot of people that seem really supportive of it, because I actually think in a lot of ways it opens up the conversation of religion and various beliefs and various philosophies and how that is balanced and how that’s evolved with our culture today.

tracks down Chris MacNeil after his child becomes possessed.

Universal and Peacock paid an amount somewhere in the range of $400 million to acquire the rights to distribute this new Exorcist trilogy. Coming to us from Blumhouse Productions and Morgan Creek Entertainment, the films are being produced by Jason Blum, David Robinson, and James Robinson. Green, Danny McBride, and Couper Samuelson serve as executive producers. Ryan Turek is overseeing the project for Blumhouse.

Previous reports informed us that Green crafted the story for The Exorcist 2023 with Peter Sattler (Broken Diamonds), then wrote the screenplay with McBride (who has written all three of the new Halloweens with him) and their Halloween Kills co-writer Scott Teems.

Linda Blair has said that she has not been contacted about being involved with the film, but she wishes the best to everyone who is involved.