PLOT: Everyone brings their own set of baggage to a new relationship. Gary and Mary are no different. Gary is an emotional wreck and struggles to provide for his daughter since the death of his wife. Mary has a secret she can’t bring herself to share with anyone. The universe brought these two together for a reason, they just need to keep following the signs.

REVIEW: It is a tale as old as time: boy meets girl, boy falls for girl, girl turns out to have issues. Okay, so maybe not a classic take on the romance genre, but Abe Forsythe’s Wolf Like Me offers a unique twist on the cliche relationship drama thanks to solid performances from Isla Fisher and Josh Gad as two lonely people who end up having a supernatural connection. Using the tropes of the horror genre, Wolf Like Me manages to tell a much more engaging and thoughtful story than it likely would have if not for the twist at the core of the story. While I won’t spoil the twist for you here, let’s just say that it works because Wolf Like Me never tries to be a genre bait-and-switch but rather uses elements from multiple types of stories to deliver a satisfying narrative.

Abe Forsythe wrote and directed the six-episode series which actually feels more like a three-hour film broken into a half dozen chapters. Forsythe’s 2019 zombie comedy Little Monsters, starring Lupita N’yongo and Wolf Like Me star Josh Gad, was a far more straightforward horror production. With Wolf Like Me, Forsythe channels a traditional romantic drama with lots of moments of humor and levity that just happens to have something ethereal and almost scary under the surface. We have seen so many movies and shows that have a protagonist who is dying of cancer or has a dark secret that jeopardizes their happiness and Wolf Like Me is no different. What sets this film apart from more mediocre romantic stories is the chemistry between Gad and Isla Fisher.

Josh Gad has long been a staple of comedic roles or musical ones, two areas in which he excels as a performer. I was surprised by how well he handles these much more dramatic elements. Gad plays Gary, a widower struggling with a pre-teen daughter, Emma (Ariel Donoghue), while also trying to move on with his own life. When he is in a car accident, Mary (Fisher) arrives to calm Emma’s panic. In typical romantic fashion, something seems to have drawn the withdrawn and lonely Mary to the equally lonely Gary. What follows is elevated by the on-screen charisma that Fisher and Gad share, making them feel like a natural couple rather than two actors on screen.

It is very difficult to dive into more about Wolf Like Me without sacrificing the plot twist at the center of this story, but it is worth noting that Abe Forsythe based this series on his own experiences as a single parent. Each episode develops the relationship between Gary and Mary but also tackles subjects like mental health, grief, depression, and suicide. All of these sound like wonderful subjects for a romantic comedy, but Wolf Like Me, while funny, really isn’t a comedy in the true sense. I would better categorize it as a dramedy. That also means that in order to really appreciate the story, you must overlook some moments that sound silly when the characters talk about it. For the sake of the story as a whole, you need to really engage your suspension of disbelief.

Wolf Like Me is simultaneously too long and too short. In the beginning, the series takes its time to get going and spends a great deal of time showing us who Gary and Mary are as they meet for the first time. It then takes three episodes before the story finds some momentum and then, before you know it, the six-episode season is over. Wolf Like Me could have worked as a streamlined feature film but that likely would have leaned too heavily on the genre elements and not given us the solid character development Gad and Fisher bring to this story. But, the six episodes end in a way that feels anticlimactic and left me wanting more.

I liked this series a lot more than I expected to and was impressed by both Josh Gad and Isla Fisher in roles much different than what they customarily play. Still, Wolf Like Me is somewhat forgettable after you finish it even if watching it is an enjoyable experience. Should Abe Forsythe elect to explore a second season of this story, I would be down to check it out. It is an easy and quick binge that should appeal to anyone looking for a new show. It also is a romance that will appeal to anyone not into romantic movies. I would have liked it if the series leaned a bit more into the horror elements of the story, but it uses what it does have just enough to set it apart from other stories out there. There is always hope that this story could find a stronger footing in a second season, but if all we get is this single run it is certainly unique enough to earn a spot on your viewing calendar.

Wolf Like Me premieres on January 13th on Peacock. 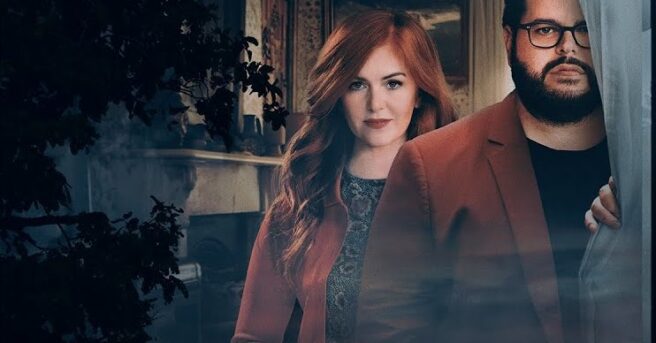